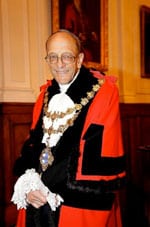 We regret to report the death of Professor Brian Prichard, the Chairman of the Institute of Alcohol Studies from its foundation in 1981. Professor Prichard qualified in medicine at St George’s Hospital and became a consultant physician. Later he became Emeritus Professor of Clinical Pharmacology. Born in Wandsworth, he was first elected to Wandsworth Council in 1964, and in 2009… Read more »

UK as bad as the US for lifestyle-related cancers. Read more »

The Chancellor of the Exchequor has stuck to the alcohol duty escalator announced in the 2008 budget, and increased duty on most alcoholic drinks by 2% above the rate of inflation. Read more »

After nearly a year’s investigation, the health select committee has called for a radical overhaul of alcohol policy in the UK. Read more »

Consumption of alcohol in the UK has increased by 19 per cent over the last three decades1 and is now higher than in any other European country. Read more »

Alcohol Concern Press Release Drink surveys ‘grossly underestimate’ nation’s drinking by equivalent of 44 million bottles of wine per year Drinkers in the UK consume the equivalent of a bottle of wine per week more than they admit, research released today shows. Analysis from the Centre for Public Health, published by Alcohol Concern, shows that… Read more »

DOH Press statement 17th December 2009 Parents Back Alcohol Free Childhood Chief Medical Officer publishes final guidance on alcohol and children The Chief Medical Officer’s guidance for parents, children and young people is based on the most comprehensive ever review of the scientific evidence and follows an extensive public consultation. Parents have backed the Chief… Read more »

British Liver Trust – Press Statement Liver disease deaths increase by 12% in just three years Alcoholic liver disease in the young increases by over a quarter in four years Government mortality statistics for the UK indicate that deaths from liver disease continue to rise, increasing by 12% in the last three years, totalling 46,244… Read more »