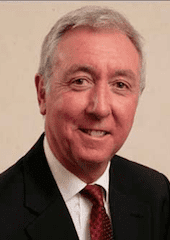 Michael Carr, chairman of the Institute of Alcohol studies, enjoyed a long career in senior management posts in Higher Education, including as Registrar of the University of Liverpool from 1990 to 2004 and as the inaugural executive director of the Russell Group of Universities until 2007.

Following retirement from Higher Education, Michael spent a number of years as chairman of a large Foundation Hospital NHS Trust in the North West of England.