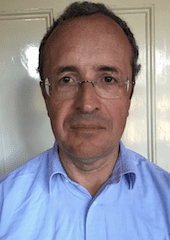 A graduate in Modern History from Oxford University, Crispin Acton joined the Department of Health (and Social Security, as it was then named) in 1976, retiring in 2017, adopting a specialist interest in alcohol policy over the years.

During his time working on alcohol policy, Crispin became involved in commissioning work on minimum unit pricing and taxation from Sheffield University’s School of Health & Related Research in 2007-08, worked on aspects of the Public Health Responsibility Deal and alcohol, notably labelling, and headed the Department of Health (DH) team which contributed to work on the Government’s Alcohol Strategy in 2012, as well as the proposals on minimum unit pricing in England developed between 2012 and 2013.

Crispin has also worked with the Scottish Government as part of the UK Government effort to help defend its legislation on alcohol minimum unit pricing in litigation brought by the Scotch whisky industry, working with legal advisers.

Most recently, he provided much of the DH secretariat work for the development of the UK Chief Medical Officers’ new alcohol guidelines, issued in January 2016, working closely with two expert groups and the chief medical officer for England.

Crispin studied for a MSc in Public Health at the London School of Hygiene & Tropical Medicine from 2017, graduating in 2019.