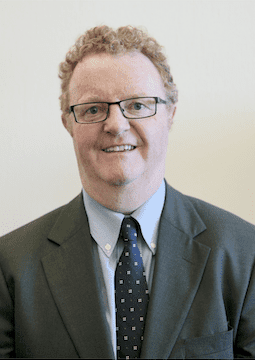 Peter Rice is an addiction psychiatrist based in Scotland. He graduated from Glasgow University and his post graduate training was in Glasgow, Perth and Dundee. He has been chair of Scottish Health Action on Alcohol Problems, a project of the Royal College of Physicians of Edinburgh, since 2012. He was one of the group of doctors from the Scottish Royal Colleges who founded SHAAP in 2006 to raise awareness of the extent and diversity of alcohol related harm and promote effective policy solutions initially within Scotland and subsequently in the UK, Europe and internationally.

From 1989-2013 he worked in an NHS Alcohol Problems Service seeing patients on his own caseload and working with colleagues and partner agencies. He applied population health principles to his clinical service with a focus on prevention, early intervention and care pathways and this led to increasing involvement in formal policy work particularly since 2013. His work with the Royal College of Psychiatrists focused on the impact of mental and behavioural health to population health and health inequalities.

He has researched and published on health information and communication, brief interventions, on counselling relationship in alcohol misuse treatment as well as on more traditional medical topics such as cell changes in oral cancer. He has published in the British Medical Journal, the Lancet, the British Journal of Psychiatry, Addicition and Alcohol and Alcoholism on alcohol harm and policy.

He was part of the SHAAP group who developed the proposal for Minimum Unit Pricing in 2007, which was adopted by the Scottish Government, became law in 2012 and introduced in 2018. He is currently involved in the process of implementation of Minimum Unit Price in Scotland and other countries, and other prevention work in Scotland, the UK and elsewhere in Europe.