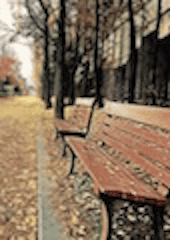 There is a complex, but significant, relationship between alcohol consumption, suicide and self-harm. Alcohol use is associated with completed suicide and self-harm in the short term – with over 50% of cases of suicide, and hospital treated self-harm, occurring in the context of alcohol use (Ness et al., 2015; Sher, 2006). In the longer term, individuals who are alcohol dependent are more likely than those who are not to die by suicide (Hawton, Casañas i Comabella, Haw, & Saunders, 2013; Sher, 2006). The 2016 Alcohol Concern Cymru Conference dedicates a whole day to exploring this issue. As part of this event, I speak about my ongoing, qualitative research addressing cultural and social understandings of alcohol use, self-harm and suicide. Despite a growing body of evidence pointing to a statistical relationship between alcohol use and suicide, qualitative research addressing this issue has been scarce.

Of particular interest with regards alcohol use and suicide, are men in mid-life, from poorer socioeconomic backgrounds. This group are at heightened risk of both alcohol-related harm (Fone, Farewell, White, Lyons, & Dunstan, 2013), and suicide (Shiner, Scourfield, Fincham, & Langer, 2009; Wyllie et al., 2012). Existing literature has suggested that alcohol use – among many other factors – may partly explain the higher rates of suicide observed among men currently in mid-life (Parkinson, Minton, Lewsey, Bouttell, & McCartney, 2016). Additional factors suggested include economic change (recession, economic restructuring, deindustrialisation); family breakdown; expectations of masculinity which may inhibit help-seeking; and the failure of mental health services to cater for men (Wilkins, 2010, 2015; Wyllie, et al., 2012). Alcohol use may emerge as part of, or in response to, each of these factors. In particular, it is proposed that men are more likely to use alcohol ‘to cope’, as opposed to seeking formal help, or talking about problems with others (Canetto, 1991; Cleary, 2012).

However, while there are numerous proposed mechanisms by which alcohol use may contribute to suicide or self-harm among particular demographic groups, there is a distinct lack of qualitative research exploring such issues. In 2015, I was funded by Alcohol Research UK to carry out a small pilot study, to explore the possibilities of collecting qualitative data with a group of particularly ‘high risk’ men. These were men who embodied a number of risk factors for suicide, including their gender (male); age (‘mid-life’); previous experience with self-harm/suicidal thoughts; and socioeconomic background.

A number of compelling themes were identified, pointing to the importance of exploring these issues with more people, and the potentially vital role of cultural meanings associated with alcohol use and suicide in better understanding the complex relationships identified in quantitative studies.

Alcohol as a form of ‘coping’

Unsurprisingly, alcohol was often described as a method of ‘coping’ with life’s problems. The way in which this emerged in men’s accounts differed, however. For some, alcohol was described as something they had used since early adulthood to ‘cope with’ low self-esteem and poor confidence; for others alcohol was a way of forgetting traumatic events or – more prosaically – “the shit that I’m going through” (Brad). However, a narrative of using alcohol ‘to cope’ was not always present, with other accounts talking about a drift into ‘heavy drinking’ that was not so neatly explained.

Alcohol and the act of suicide

A particularly important finding related to the use of alcohol in both planned suicides and ‘impulsive’ suicides. Men spoke of ‘others’ who had died by suicide following drinking, reflecting on the extent to which this was about alcohol reducing ‘inhibitions’ or facilitating a pre-existing, long standing desire to die: “they may have been suicidal and then had the drink and it’s just given the courage to do it” (Mike).

Relatedly, alcohol was described as being a way of getting the ‘courage’ said to be needed to go through with a suicide, and this emerged in accounts of men with – and without – identified alcohol problems. “There are ways of doing it. It’s the doing it that’s the problem. It’s the getting yourself to that point of doing it. And alcohol would certainly help” (Robert)

Among men who described past hazardous drinking, incidences of self-harm whilst drinking were described in a common-place manner: “I took overdoses, aye. Not that many, three or something” (Paul). This is important – and might be related to the ‘impulsive’ suicides of others that men referred to: many cases of ‘non-fatal’ self-harm could well have turned out to be suicides had men not been ‘discovered’, had they not vomited, had their bodies responded to a particular overdose in a different manner.

This was a small, pilot study designed to test out whether it was possible and meaningful to investigate alcohol and suicide using qualitative methods. The rich and complex stories generated by the pilot project suggest that it is possible, meaningful and important to listen to the accounts of individuals regarding their use of alcohol and practices relating to self-harm and suicide. Attending to such ‘stories’ is vital if we are to more fully understand the diverse roles alcohol might play in practices of self-harm or suicide among different social groups.