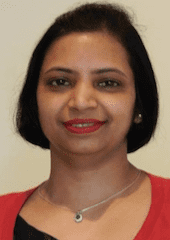 Fecundability is defined as the probability of conception in each menstrual cycle. In absence of any underlying cause for infertility, it is estimated that one in five women in the peak reproductive age group will fall pregnant each cycle. The fecundability decreases with age. Lifestyle factors like body weight, smoking and alcohol use have also been found to influence this. Evidence regarding the effect of alcohol consumption on fertility has been conflicting and the level of alcohol intake responsible for this effect is unclear.

A recently conducted study from Denmark tried to answer this question by looking at the amount of alcohol intake which affects fecundability. Around 6,000 women between the age group of 21–45 years who were trying to conceive naturally took part in the study. The women had to self-report the type of alcohol intake (beer, red/white wine or spirits) and the number of servings they were taking per week (none, 1-3, 4-7, 8-13, 14 or more) by means of an online questionnaire. The women stopped reporting if a conception occurred or for a maximum of 12 menstrual cycles and most were followed up for at least eight weeks.

The data collected was analysed to find out how the chances of conception differed in women taking alcohol compared to those not taking alcohol and whether the time taken to achieve a conception was related to the amount (standard servings) and type of alcohol (beer, wine, spirits) consumed. Other factors which can affect the chances of conception like age, body mass index, smoking, previous pregnancy, contraception, cycle regularity, frequency and timing of intercourse were taken into account during the analysis to make the effect of alcohol stand out. Average age of women participating in this study was 28 years and average alcohol intake was two servings per week. Higher proportion of women (60%) took wine and 41% took a combination of at least two types of alcoholic beverages.

14 or more units per week – 18% lower chance of conception

Findings from the study showed that there was no difference in the fecundability between women taking no alcohol when compared with those taking up to 13 servings of alcohol per week but a difference was apparent for servings of more than 14 units per week. Women taking the higher amount of 14 or more units per week had 18% lower chance of conception in a cycle when compared with women taking no alcohol. Regarding the effect of type of alcohol on fecundability, no difference was seen with the consumption of beer and wine.

It is important to note that the amount in millilitres described as one serving in the study is equal to UK definition of 1 unit of spirit and approximately 1.5 units each of wine and beer. UK guidance recommends the safe limit of alcohol intake to be less than 14 units per week for both men and women. This study did not collect data on binge drinking which is considered more harmful in pregnancy. Self-reporting of the amount of alcohol intake is also prone to inaccuracies and the possibility of underreporting can’t be eliminated. However, findings convey taking a sensible approach to drinking and realising a safe limit above which fertility could be affected, albeit slight. Due to the harmful effects of alcohol on the baby immediately after conception, abstaining from alcohol during this period is perhaps the wisest choice.