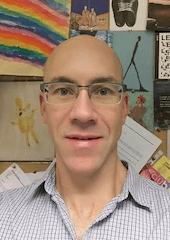 In recent years, I have conducted a number of studies designed to assess and improve people’s understanding of unit-based alcohol intake guidelines and their use of such guidelines. This is because people in the UK (and elsewhere) tend not to have a good understanding of government guidelines for alcohol use.

A few years ago, I conducted research that demonstrated that giving people personalised feedback based on their performance in drink pouring tasks led to improvements in people’s knowledge of unit-based guidelines, and resulted in them consuming fewer units of alcohol. Although these results were welcome, it was important to note that the procedure was very resource-intensive: it took at least 20 minutes to take people through the drink pouring task and baseline questionnaire. It was not, therefore, feasible for use on a large scale. However, cheaper and more feasible interventions focused on use of unit-based guidelines do exist.

My most recently-published study on this topic was conducted in collaboration with colleagues at Brighton & Hove City Council (BHCC). The aim was to measure the impact of using plastic glasses marked alcohol units. BHCC distribute many of these glasses, but had never evaluated their impact. In that mixed-method study, I used a mixture of an intervention-control group comparison and series of interviews with people in the intervention group.

The intervention group received three 350ml plastic glasses that were marked to indicate the unit content of different volumes of beer, wine, and spirits and also included the government’s recommendations for unit intake (see image). Members of the intervention group were instructed to use the glasses as much as possible for alcoholic and non-alcoholic drinks for one a month period. When this group was compared to a control group that did not receive the glasses, it was found that using the glasses led to people being more likely to understand unit-based guidelines, to feel familiar with the guidelines, to accurately estimate a drink’s unit content, and to count their unit intake.

Although these results were encouraging, the intervention did not lead to lower levels of alcohol intake. One reason for this is that study participants tended not to use the glasses very frequently. The interviews revealed that although people’s opinions of the glasses were generally positive, they did identify some aesthetics issues: the size, shape, and composition of the plastic glasses were not considered appropriate or appealing for beer or wine. In addition, some interviewees noted that measuring and counting units took some of the pleasure out of drinking.

Some interviewees noted that they did not want to use the glasses in public so as to avoid drawing attention to their alcohol use. However, others described how their use of the glasses sparked off conversations with friends and family members about less harmful alcohol use in general or the unit-based guidelines in particular. So, although this was an intervention that was designed to address individuals’ knowledge, attitudes and behavior, it could also have broader effects by prompting discussions of moderate alcohol use between members of the intervention group and other people in their social networks.

This study builds on a growing body of knowledge about how best to enhance understanding and use of unit-based alcohol intake guidelines. This knowledge can be used to promote safer level alcohol consumption. However, it should be noted that many people are not motivated to adhere to governments’ unit-based guidelines.