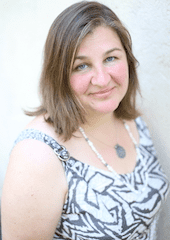 On 9 June 2017, President Dalia Grybauskaitė signed amendments to the Alcohol Control Law that raise the minimum drinking age, restrict alcohol sale hours and ban alcohol advertising, as adopted by the Parliament of the Republic of Lithuania on 1 June 2017. Her signature is the last legal hurdle for the Law to come into effect on 1 January 2018.

The most radical change in the legislation is the newly instituted alcohol advertising ban. Instead of an earlier version restricting types, placements and times of advertising, the new wording of the Law simply states that “Alcohol advertising in the Republic of Lithuania is prohibited”. The Law lists exemptions that would not be considered advertising: brand names and logos at alcohol sales points, on equipment and supplies, company cars, etc., information for specialists, some packaging characteristics, as well as the accidental presentation of images during sports games and other events.

The Law also stipulates the procedure of enforcement in electronic environments, public spaces, and so on – the main responsibility for tackling violations will rest with the Department for Drugs, Tobacco and Alcohol Control, who will be able to issue a mandatory decree for immediate removal of any advertising material, by way of a court order. In addition, from 2018, the minimum allowed legal drinking age will increase from 18 to 20, while alcohol selling hours will be limited from 10am to 8pm from Monday to Saturday and from 10am to 3pm on Sundays. As of 2020, non-stationary alcohol sales outlets will no longer be allowed.

This most recent package of alcohol control measures was adopted by the Parliament with 101 lawmakers voting in favour, 10 against, and 10 MPs abstaining. The voting pattern seems to indicate a break with a past of political unwillingness to adopt evidence-based control policies and flip-flopping. Hopefully the events of 2011, when an alcohol advertising ban was revoked before coming into effect – or the attempt in 2015 to revoke a ban on alcohol sales in petrol stations – will not be repeated. It will take time for clear rules on tackling violations to emerge; there might even be additional amendments due to industry pressures and political players trying to assert themselves. There might also be a temporary increase in advertising in the period before the Law comes into force, much like when businesses hoarded alcoholic beverages just before alcohol tax increases came into effect in March 2017.

It is important to note that the struggle against the measures was very intense – it involved a massive media information campaign involving celebrities and health professionals, the promotion of industry sponsored research and surveys in the public sphere, accusations of fake alcohol consumption statistics and the slander of Lithuania’s name and reputation, attempts to refocus discussion towards personal responsibility and freedom, as well as treatment of persons with alcohol dependence (who should solely be the target of alcohol control measures).

A free concert-party was professionally organised next to Parliament by PR companies linked with the alcohol industry, billed as a spontaneous “Free Rock’n’Roll” campaign. The mainstream media blatantly ignored most of the endorsements by public health, youth and health specialists’ organisations, state institutions and individuals who supported the measures. Politicians in favour of the restrictions faced a barrage of abuse and personal attacks on social media – most notably the healthcare minister – from pubs and other outlets using memes, including a famous piece of graffiti art featuring the head of the ruling party, the head of the Parliament health committee and the healthcare minister (illustrated, left). However, despite such huge pressure, the majority of MPs eventually voted for the amendments.

Passing the law required intense NGO involvement: presence in the committees, mobilising local and international networks, discussions, coordination with state representatives and responsiveness in social media, as well as presence during actual voting.

The focus and support from the international community has been an important resource providing resilience to the political will when it was most needed in keeping the legal process moving forward. It provided facts, international experience, and infused credibility to the local political effort. In future, the united efforts of the international community in supporting evidence-based WHO “Best Buys” could also help transform alcohol consumption not only in Lithuania, but also the rest of the Baltic region, an area with a population that experiences the highest levels of alcohol-related harm in Europe. Overall, this would raise the prospect of more attainable and sustainable public health improvements in Lithuania.