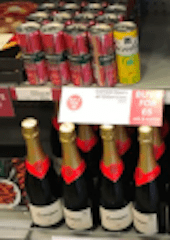 Earlier this month the Government published its response to the House of Lords Select Committee report on the Licensing Act 2003 released earlier this year.

Whilst the Government’s response describes the Lords report as ‘making an important contribution towards where and how the Act can be improved’, it rejects many of the recommendations including a call for a fundamental overhaul of the Act.

At the time of its release the Lords report itself received mixed reviews. Despite its comprehensive nature and long list of recommendations, Jon Foster, author of the Institute of Alcohol Studies’ (IAS) extensive 2016 report on the 2003 Licensing Act, said the problems were “only half diagnosed” and overlooked the more practical issues facing its implementation on the ground.

The Government’s response may also be regarded as mixed; whilst recognising some of the issues around licensing and related policy areas, it offers few specific commitments and rejects many of the charges and reccomendations. Those who wish to see changes to the way the current system operates may note broader questions over a lack of central Government alcohol policy. Concerns have been raised over the absence of unified national alcohol strategy and a focus on partnerships and voluntary approaches as favoured by many industry groups, a position echoed in the Government’s response:

“…the report by the House of Lords Select Committee on the Licensing Act 2003 is an important contribution towards where and how the Act can be improved. Tackling alcohol-related harm and encouraging responsible drinking cannot be done by regulation alone. Alcohol is a legal substance available to people to enjoy at home or out and about as they choose. The alcohol industry also makes a significant contribution to the UK economy and employment market and it is vital to this important industry that the Government strikes the right balance between promoting trade and investment on the one hand and ensuring an effective regulatory framework that minimises the risk of harm on the other.”

On the issue of planning, a key area where the Lords report had recommended single committees to operate both licensing and planning decisions, the Government’s response states this as an area which would ‘spur further work’ so that ‘the system of licensing can be made to function more effectively and the lessons that can be learned from the planning system’. The response though suggested subsequent work will be through working with partners, rather than any legislative change, stating a focus on ‘improving training and providing stronger guidance on how licensing hearings should be conducted’.

A rejection of any potential overhaul of the Act appears in its dismissal of the Lords’ recommendation to implement legislative changes as per part 1 of the Alcohol etc (Scotland) Act 2010 at ‘the first available opportunity’, which included a ban on multi-buy promotions. The Government states it ‘does not intend to introduce legislation’ to this effect as it suggests such restrictions have had a limited impact, a conclusion the NHS Scotland evaluation may be read to differ somewhat on.

The role for Public Health?

On the much debated issue of the role of public health within licensing, the Government’s response says there is ‘much that can be done within the existing licensing framework’, though notably the Lords report had not recommended public health be added as a fifth licensing objective as is the case in Scotland. It states a ‘range of work to provide better access to health data and improve public health’s engagement has taken place, bringing benefits including ‘better decision making, improved partnership working, better informed commissioning of services, service delivery and design’. As such, ‘The Government will work with partners to identify the most effective means of responding to those alcohol-related harms that cannot be addressed through further change and amendment to the Act.’

The Lords report had also spoken critically of the previous Government’s controversial responsibility deal, no longer official policy despite a continued focus on partnerships. In response, the Government said that ‘working in partnership with industry has delivered significant benefits’ citing the questioned unit reduction pledge, and stating:

“The Government is considering how best to work with partners to build on the foundations to tap into the potential for businesses and other organisations to improve public health and tackle health inequalities through their influence over food, alcohol, physical activity and health in the workplace.”

Home drinking: beyond the scope of the Act?

The response identifies more than two thirds of all alcohol sold is now off-trade and, since 2009, there has been a 17% expansion in the number of premises licensed for off-sales only compared with a 9% increase in on-trade premises. Further, more alcohol is being bought online although it concedes limited data is available as to the extent of online sales, though highlights one survey suggesting one-fifth of all alcohol purchased is now bought online. As such the Government response says:

“The shift towards home consumption presents a different set of challenges, not just in terms of how public services respond to the crime and health harms that occur in and around the home, but also in relation to the role and ability of the Act to promote behaviour change among those individuals who cause the most significant harms.”

Notably one of the findings from the IAS report was that the 2003 Act was still primarily framed around the on-trade, noting many respondents suggesting it was ‘poorly equipped’ to respond to the off-trade. However whilst the continuted increase in the price gap between on and off-trade prices was thought to be the key driver, the IAS report states ‘the deregulation of the off-trade, including removal of restrictions on supermarkets which now allow them to market alcohol anywhere within the store, seems likely to be at least partly behind a rise in home drinking.’

The Government’s response suggests there is no intention to significantly change tack from the current legislative and policy approach as set out via the Modern Crime Prevention Strategy, Local Alcohol Action Areas and endorsement of other partnership agendas. On the Lords call for a ‘radical comprehensive overhaul’ of the Act, the Government’s says it ‘does not intend to be hasty in instigating such an overhaul of the Act’, but there ‘are a significant number of recommendations that the Government agrees will help improve the operation of the Act’. These include ‘clarifying points of practice for licensing committees by amending the statutory guidance and looking at the provision of good quality training to licensing committee members’.

Members of the Lords Licensing Committee may be reminded of its criticism that the Act has been subject to a series of ‘piecemeal amendments’ since its introduction. Others may be concerned with various perceived gaps in understanding and responses to particular licensing related issues. For instance debate over what may have been driving the steep decline in licensing reviews, or gaps in official data on issues such as test purchasing failure rates, or the implications of the limited use or failure to bring in controls such as Early Morning Restriction Orders. For now, calls for fundamental changes to the Licensing Act may take a back seat to pricing debates following Scotland’s Minimum Unit pricing green light.