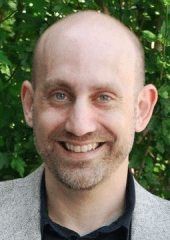 Such is the case with the US Congress, which delivered the alcohol industry a cut in federal alcohol excise taxes as a component of the contentious Tax Cuts and Jobs Act that was signed into law by President Donald Trump just before Christmas.

Accordingly, the Community Preventive Services Task Force (an independent, nonfederal panel of public health and prevention experts) recommends ‘increasing the unit price of alcohol by raising taxes based on strong evidence of effectiveness for reducing excessive alcohol consumption and related harms.’ This is agreement with the World Health Organization, which has identified the increasing of excise taxes on alcoholic beverages as one of its ‘best buys‘ to reduce chronic diseases and other consequences of the harmful use of alcohol.

This explains why a host of American organizations, ranging from those that are health-focused (the American Medical Association, the American Public Health Association, the Trust for America’s Health, etc) to those with a broader social justice mission (such as the NAACP) support increases on alcohol taxes for the public good. Recently, the American Society of Clinical Oncology added their voice to the call for higher alcohol taxes, based on the causal role of alcohol consumption in several types of cancer.

Even conservative economists and policy analysts like Greg Mankiw and David Frum (both veterans of the George W Bush administration) favor alcohol (and other Pigovian) taxes, because of their efficiency.

But US federal alcohol excise taxes have not been raised since 1991 (under the George HW Bush administration) and have lost a considerable amount of their real value because they are not indexed to inflation. Thus, while alcohol industry trade groups complain about the supposedly burdensome nature of these taxes, their value is miniscule. For example, even before this tax cut takes effect, federal excise taxes add only about six cents to the cost of a typical 12-ounce bottle of beer. Average state specific excise taxes add $0.05 or less per standard drink across all beverage types. Needless to say, these tax revenues do not begin to offset the social costs of alcohol consumption. 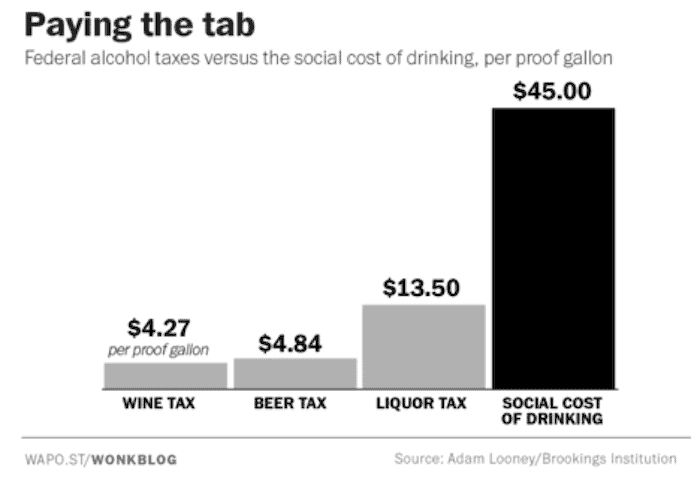 This tax cut will make those social costs worse. Analysis by Adam Looney of the Brookings Institution estimated that this tax cut will lead to an additional 1,550 alcohol-related deaths annually from all causes. Sadly, this social experiment is occurring when alcohol-related harm is on the increase. Recently released mortality data from the US Centers for Disease Control and Prevention (CDC) show a continued rise in alcohol-induced deaths. Excessive alcohol use is also one of the drivers of recent declines in American life expectancy.

So how can so many members of the US Congress support a policy change so clearly contrary to the public good?

Unfortunately, Congress members of both US political parties (and many of their colleagues in state and local government) have bought into the arguments of industry lobbyists, and effectively ignored evidence to the contrary. Those lobbyists and their allies in corporate-friendly think tanks have succeeded in selling two talking points (one specific, one broader) regarding this tax cut.

The first, specific, point is that this measure (and the bill from which) is designed to assist smaller, ‘craft’ producers of alcohol. But, as the New York Times editorial board pointed out, this tax cut benefits the entire alcohol industry – including large, multinational alcohol producers. Anheuser-Busch InBev (which boasted $27 billion in gross profit in 2016) would stand to gain $12 million from this cut. A report from the advocacy group Public Citizen notes that AB InBev hired 19 separate lobbying firms (in addition to its in-house lobbyists) to work on tax issues in 2017. The tobacco giant Altria (formerly known as Philip Morris USA) also lobbied for the tax cut, since it owns the wine brands Chateau Ste. Michelle and Columbia Crest.

The second is that making alcohol cheaper and more readily available through deregulation represents ‘modernization’ while alcohol control policies are ‘archaic’. Of course, the only way to accept that characterization is to disregard the vast swath of public health research demonstrating the value of strict alcohol control policies. Moreover, booze lobbyists have bragged about this tax cut being the first of its kind ‘since the Civil War,‘ which seems to contradict the idea of it being ‘modern’.

Finally, Lee Fang has pointed out that conflict of interest that is rife among congressional supporters of this measure. In fact, the Trump family stands to benefit financially from this cut, as well. Although he is a lifelong teetotaler, President Trump purchased a winery in Virginia which is now formally owned by his son, Eric.

As devastating as the public health impacts of this cut will be, it could prove to lead to a public health opportunity. Truly forward-thinking state governments could make up the difference with increases in state alcohol excise taxes. Those governments would have a robust revenue stream while also saving in health-care costs and reducing alcohol-related death, disease, and disability.

Written by Robert Pezzolesi, Chair of the US Alcohol Policy Alliance.