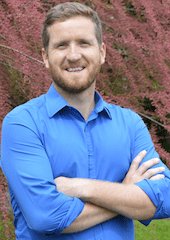 Our project team, consisting of collaborators from the Canadian Institute for Substance Use Research at the University of Victoria and the Centre for Addiction and Mental Health, is pleased to announce the release of InterMAHP Version 1.0. InterMAHP is a freely downloadable product suite which comes with: (1) a comprehensive methodological guide, (2) a user’s manual with a worked example, (3) the InterMAHP interface and backend program and (4-7) several example spreadsheets to ease the learning curve. The tool and accompanying manuals are designed for alcohol researchers completing estimates of alcohol-attributable morbidity and mortality in their region, be it a country, province, state or city.

InterMAHP is intended as a modern update to the alcohol chapter of Dallas English and D’Arcy Holman’s popular The quantification of drug caused morbidity and mortality in Australia 1995 report, which was a broad effort to publish a set of complete methodologies for estimating alcohol-attributable morbidity and mortality. In the same vein, InterMAHP provides a comprehensive set of methodologies and guidelines for estimating these alcohol harms, but further provides the extension of a SAS-based software interface which largely automates the calculation of alcohol-attributable fractions (AAFs). AAFs are the fraction of each alcohol-related condition which occurs due to population alcohol use.

Alcohol epidemiology has come a long way since 1995, though, and so our goal was to create the most comprehensive methodological guide published since English and Holman. In particular, AAFs are now calculated using base methods pioneered by InterMAHP co-author Jürgen Rehm, who is responsible for the WHO’s Global Burden of Disease alcohol component. These methodologies include a continuous component of the AAF formulation, where Gamma distribution-based estimates of consumption prevalence are composed with continuous relative risk functions for each condition, outcome (morbidity vs. mortality) and gender.

As with any project estimating alcohol harms, the research team is responsible for collecting the information needed to calculate attributable fractions. For InterMAHP, this includes collating information regarding (i) per capita alcohol consumption, (ii) a measure of relative consumption in six gender-age groups and the prevalences of (iii) current drinkers, (iv) binge drinkers, (v) ex-drinkers and (vi) lifetime abstainers. This information is formatted in a standard spreadsheet and inputted into the InterMAHP program interface, pictured here.

Written by Adam Sherk, Research Associate at the University of Victoria’s Canadian Institute for Substance Use Research.