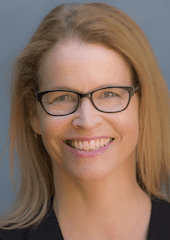 Every year, many billions of dollars are spent on alcohol promotion globally. It should not surprise anyone that it actually works. Businesses can’t go spending that much of shareholders’ investment without demonstrating a return. But the onus is on the health community to show that alcohol promotion is causing harm to justify the introduction of much-needed regulatory intervention. In recent years, the evidence has been strengthening and we now have a solid evidence base to support more stringent controls over alcohol promotion.

Our recent review of the effects of alcohol promotion, especially on children, collates the evidence (you can find the report here). In a nutshell, the review confirms previous analyses concluding that exposure to and interaction with alcohol promotion across a broad range of platforms increases the likelihood of young people initiating alcohol consumption earlier and drinking at hazardous levels. These platforms include traditional media such as television, radio, and print, along with sports sponsorship, alcohol-branded merchandise, and digital forms of promotion.

So what should be done? It’s not rocket science – we have done it all before with tobacco. For some time analysts have been advocating for the following actions to be taken to reduce the enormous but completely preventable harms accruing from alcohol consumption:

We can expect ardent and well-organised resistance from the alcohol industry when attempting to introduce such changes. Their efforts to avoid regulatory interference are increasingly being compared to those employed by the tobacco industry. As such, we should be able to anticipate and pre-empt them. Given the strength of the evidence, it is now just a matter of political will to do what needs to be done.