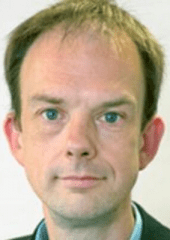 The links between alcohol misuse and mental health difficulties are well known and long established. Poor mental health and misuse of alcohol can be a toxic cocktail for many people, reinforcing each other and for some leading to numerous other difficulties including lifelong health problems, relationship breakdown and homelessness.

Despite this, help for people with co-occurring alcohol and mental health difficulties has been poor in many parts of the country for a very long time. And recent financial pressures on alcohol services in particular have made some of these longstanding inadequacies even worse. In a recent survey run jointly by the Institute of Alcohol Studies and Centre for Mental Health, we found that staff in both alcohol and mental health services felt they offered poor care and support for people with co-occurring problems. This was partly ascribed to acute funding shortfalls and service cuts but also a result of chronic poor communication, a lack of skill and knowledge and low levels of trust between the two services in many places. Alcohol service staff in particular were highly critical of their mental health service counterparts and neither believed the other sufficiently considered the needs of people with co-occurring problems.

The reasons for these historically poor connections between what should be closely aligned services are complex and not easy to fix. Mental health services are predominantly part of the NHS while alcohol services are commissioned by local authorities. Mental health services are divided between those prioritising people with severe mental illness (in secondary care, mostly provided by NHS trusts) and those providing psychological therapies for people with common mental health problems through the IAPT (Improving Access to Psychological Therapies) programme. Neither has a good record of working with people who are misusing alcohol. Alcohol services, in the meantime, are often the poor relation of addiction services that prioritise illicit substance misuse and help only a small proportion of those who need support for their drinking. For too many people, this means being ‘pinballed’ between services rather than getting the support they need to manage their mental health and alcohol use. And the cost of this poor join-up, for individuals, families, communities and public finances, is high.

But this is not just a problem of poor local commissioning or provision. At the national level, policies and strategies on both alcohol and mental health appear to exist in parallel lines, with little interaction or acknowledgement of the importance of the one to the other. Successive mental health strategies have given short shrift to alcohol as a factor in the lives of people with mental health difficulties, while alcohol policy barely recognised mental health as an issue that either contributes to problematic drinking or affects those who do. And in the absence of either a national policy drive for integrated support, or resources for either party to reach out to the other, it is perhaps unsurprising that we have made so little progress in recent years.

Our report concludes with a call for leadership from the top. We need both a comprehensive new alcohol strategy that includes action to boost local support services and link up with mental health support, and for the next mental health strategy to prioritise links with alcohol at all levels, from prevention and early intervention to specialist care and support. It is time for concerted action to ensure that people with alcohol and mental health problems get the right help at the right time wherever they live.