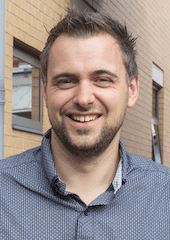 Alcohol use at a young age is a strong risk factor for dependence in later life, and it is important to identify avoidable causes of alcohol consumption in young people. There is strong evidence to suggest that exposure to alcohol advertising or other alcohol imagery in the media increases use in adolescents.

Whilst the Ofcom Broadcasting code protects under-18s by restricting alcohol use in TV programmes made for children and preventing the glamorisation of alcohol use in programmes broadcast before the 9pm watershed or in programmes likely to be viewed by children, a previous study from 2010 found that there is a large amount of alcohol shown on prime-time UK television. We aimed to provide contemporary data on the amount of alcohol content shown in prime-time UK television.

The majority of branding occurred through the sponsorship of programmes, such as comedy on Channel 4 (sponsored by Fosters). Advertisements are regulated by the Advertising Standards Authority (ASA) and are expected to conform to the UK Code of British Advertising (BCAP code). According to the code, alcohol ‘may not be advertised in or adjacent to children’s programmes or programmes commissioned for, principally directed at or likely to appeal particularly to audiences below the age of 18’. However, programmes popular with or watched by large numbers of young people are not necessarily made specifically for them. Branding was also commonly featured in coverage of sports events, such as Heineken, which featured predominantly during the Rugby World Cup footage. The ASA’s definition of advertising does not include sponsorship of programmes or pitch side advertisements at televised sporting events. Exemption of prime-time television and sports programmes from alcohol advertising regulations has the potential to lead to significant exposure among young people during peak viewing hours.

Television remains a major source of alcohol exposure to young people in the UK and is likely to continue to be a contributor to alcohol uptake by young people. Our results suggest that the Ofcom 9pm watershed, designed to protect children and young people from harm, is currently not fulfilling its purpose in relation to commercial advertising and alcohol content in programmes. This has the potential to lead to significant exposure among young people during peak viewing hours, when approximately 4.5 million 7–14 year olds watch television. Tighter scheduling rules from Ofcom and the ASA, such as restricting alcohol content to after the 9pm watershed, could prevent children and adolescents being exposed to alcohol content and advertising.