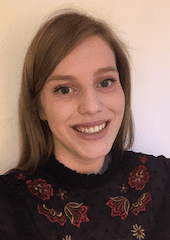 Adolescence is both a peak time for initiation of substance use and a period of heightened sensitivity to the negative health impacts of alcohol and drugs, as adolescent substance use can disrupt the developing brain. Adolescent substance use is linked to short term harms such as accidents, sexually transmitted infections, injuries and victimisation. Substance use can also negatively impact educational attainment and is associated with academic disengagement and failure to complete education. Youth alcohol use can also predict later drinking – those who start drinking before the age of 15 have a fourfold higher risk of developing alcohol dependence than those who began drinking at age 20.

It is great news then that adolescent drinking is falling both in the UK and in many other income countries. Declines in youth alcohol consumption should lead to significant public health benefits if maintained across the lifetime. The main source of data for monitoring youth drinking in England is the Smoking, Drinking and Drug Use in Young People Survey (SDD). Data from this survey indicates that between 2000 and 2014 there have been vast declines in the proportion of young people who drink and when young people do drink they start drinking later, drink less and drink less frequently. For example, the proportion of 11-15-year-olds who reported having ever had a drink fell from 60% in 2000 to 38% in 2014 and the mean age at first drink increased from 11.5 in 2000 to 12.6 in 2014.

Changes to the survey in 2016 mean that more recent data is not directly comparable. Prior to 2016, the question used to establish whether a young person had ever drank alcohol was ‘Have you ever had a proper alcoholic drink – a whole drink, not just a sip? Please don’t count drinks labelled as low alcohol’. However, cognitive testing showed that many young people interpreted a ‘proper drink’ to mean spirits and many assumed low alcohol drinks included beer, cider and alcopops. As such, when this wording was changed in 2016, where the term ‘proper’ and the part about not including low alcohol drinks were negated, there was an increase in the number of young people who reported having ever had an alcoholic drink from 38% in 2014 to 44% in 2016. As this question also served as a feeder question to many other questions about alcohol neither this nor the other measures can be directly compared to previous years.

The most recent 2018 SDD data has recently been released. The proportion of young people who reported having ever had an alcoholic drink (44% in 2016 and 2018) and who report having drank alcohol in the last week (10% in 2016 and 2018) remained stable between 2016 and 2018. This could mean that youth drinking is no longer declining and rather is stabilising, although further data points over the next few years will be necessary to confirm this. In 2018, young people who did report drinking alcohol in the last week on average consumed ten units, this equates to roughly five cans of lager or beer, five double spirits or a bottle of wine. There were differences in what boys and girls chose to drink – the majority of boy’s consumption was made up of beer, lager and cider, whereas girls were more varied in what they drank and were more likely than boys to drink spirits, wine and alcopops.

The majority of recent drinkers were given the alcohol by their parents or guardians. Furthermore, young people reported that when they consumed alcohol they almost always consumed it at their own or another’s home. This is surprising as there is some evidence that parents are becoming less likely to approve of their children drinking and so we might expect to see parents being less willing to supply alcohol to their children and be less tolerant of them drinking in the home. It’s possible that parental supply of alcohol and locations in which to drink it could be reflective of a desire to exercise damage limitation and to provide underage drinkers with lower strength alcohol and a safer drinking environment. However, parental motivations are not covered in the survey so this is purely speculation and requires future study.

Several factors were associated with an increased likelihood of young people having drank in the last week. The strongest association was with having parents who did not discourage drinking. As discussed above, the majority of alcohol supplied to underage drinkers came from parents or guardians and as such, it is possible that parents who are less likely to disapprove of their children drinking may be more likely to supply alcohol.

Several other factors were also associated with an increased likelihood of last week drinking; older, white children who smoked, had recently used drugs and reported truanting from school were more likely to have drank in the last week. The association between drinking and other substance use and problem behaviour may suggest that underage drinking is becoming more concentrated in more ‘at-risk’ young people. However, it is difficult to know this for sure. The SDD does not include young people attending pupil referral units, who have often been excluded from mainstream schools for behavioural reasons, and as such, the most vulnerable young people are missing from this sample.

Contextualising how and where young people drink is important in informing strategies to reduce consumption further. Reducing supply for underage drinkers is likely to be one of the most effective ways of reducing consumption. It seems that a lot of underage drinking in this mainstream sample was facilitated in some part by parents. As such, future research interviewing parents and understanding their motivation in supplying alcohol may help to inform public health strategies to reduce supply. Furthermore, there is some evidence that underage drinking is associated with other substance use and problem behaviours such as truanting. It is possible that as the majority of underage drinkers are consuming less alcohol, drinking is becoming concentrated in a group that are more at risk of harm. In order to understand this further, it is important that researchers examine the consistency of the decline across the population both in terms of sociodemographic factors and in terms of light, moderate and heavy drinkers. It is also vital that researchers should make a concentrated effort to examine youth drinking in young people outside of mainstream samples to ensure the most at-risk or vulnerable young people do not fall through the cracks.