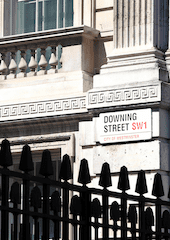 The Social Market Foundation’s recent review of UK alcohol tax, supported by IAS, attracted a lot of attention, primarily for the radical structural reforms that it proposed. The report called for an end to the preferential treatment of cider, a system that ensures stronger products are always taxed at a higher duty per unit, and for a lower tax rate on drinks in pubs than drinks in supermarkets. Rather less eye-catching, but equally important, and in my view more novel and innovative, were the SMF’s suggestions for changing the process by which we set alcohol taxes.

The SMF repeatedly make the point that alcohol duty is ‘highly politicised, rather than evidence-informed’. In part, they suggest, this is because UK alcohol duty rates are revised every year in a set-piece political event, the Budget. That incentivises the Chancellor to chase headlines through gimmicks and giveaways, rather than sober reflection and joined-up thinking. Indeed, in recent years, we have regularly seen the government use alcohol duty cuts to sugar the pill of bad news elsewhere in the Budget, most notoriously in the ‘beer and bingo’ Budget of 2014.

The cumulative effects of such short-termism can be dramatic. Alcohol duty has only been increased in line with inflation in one of the last six Budgets, and we are approaching a situation where nominal freezes are taken for granted, rather than being seen as positive news by the media and the industry. Thus the government has to continue to erode the value of alcohol tax to avoid howls of outrage and condemnation, at increasing cost to the exchequer. In the past six years, inflation has already reduced government revenue from alcohol duty by £1.2 billion a year. There is a danger of alcohol going the way of fuel duty, which has not been increased since 2010/11, costing the exchequer £9 billion a year.

The SMF recommend two reforms to move alcohol duty away from the annual politicking of the Budget. First, they call for alcohol duty to be increased automatically in line with either inflation or earnings every year. Second, they propose that an independent expert body is convened every five or ten years to collect and assess the latest evidence and review the structure and rate of alcohol taxes. This body, informed by insight from government, the health sector, academia, charities and industry, would presumably seek to estimate the level of health and social harm from drinking, the pattern of this harm, the extent to which alcohol tax rates are proportionate to it, and whether the structure of alcohol taxes is well targeted.

The SMF’s approach would bring a number of benefits. First and foremost, it would affirm the principle that alcohol duty is primarily a tool to address social harm, and that the assessment of this social harm should be based on the best available evidence. That may sound obvious, but it is not a principle recent governments appear to have held particularly close to. Second, it would ensure that the evidence base upon which alcohol policy is made is up to date. The government’s official estimate of the social cost of alcohol is based on an evidence review and methodology that is almost 20 years out of date, and data from almost 10 years ago. Third, it would provide stakeholders with a bit more certainty around alcohol taxes, to make it easier for them to plan for the future. Finally, it would provide a natural window for measures to bed in and be evaluated and reviewed, in the way the five year ‘sunset clause’ has done for minimum unit pricing in Scotland.

At the same time, the SMF recognise that setting alcohol duties is not a purely technical exercise, and so can never be fully devolved to experts. It will always involve some degree of ideology and value judgement – for example, over the trade-off between freedom and security, or the extent to which it is legitimate to regulate people’s behaviour for their own benefit. Consequently, the SMF’s proposed expert body will only advise the government – in the way that the Low Pay Commission advises the government on the level of the minimum wage. Ultimately, though, the final say will still rest with politicians.

This brings with it certain risks. Obviously, the government may just choose to ignore the recommendations of the expert committee. Moreover, setting alcohol duty for the next five or ten years, rather than just for the next year, raises the stakes of each duty review. This could encourage more furious lobbying and pressure on the government, potentially making them less receptive to evidence. The long review periods also mean that governments are bound by the ideological hue of their predecessors – if we have a particularly libertarian or interventionist administration when the music stops, then they will be able to set the direction of alcohol policy for an entire cycle.

The SMF could perhaps have considered different ways in which the political debates can be joined to the empirical debates in setting alcohol tax. One model, for example, could be a citizens’ jury, whereby a representative panel of citizens are presented the with the evidence and encouraged to debate and discuss it before reaching a consensus.

This might all seem a bit ‘science fiction’. It does seem unlikely at present that the government would give up its power to set alcohol taxes in this way. But sometimes science fiction does come true, and it is worth deciding how we feel about it, how we can encourage positive innovations and avoid negative ones, before the future is upon us.

You can read the full SMF report, ‘Pour Decisions? The case for reforming alcohol duty’ here, and listen to a podcast with its author Scott Corfe here.