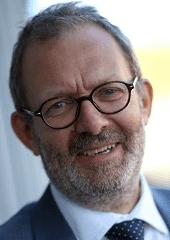 Like a warning bell from times past, Michael Marmot’s ten-year review on widening health inequalities underlined a lost decade of health and the consequences of inaction, with our most deprived communities bearing the brunt. And at the same time, we have seen publication of some of the compelling and most shocking evidence yet to expose how cheap alcohol is widening this chasm between North and South.

Firstly we’ve had data, released by the University of Sheffield and the Association of Directors of Public Health, showing that 8,000 deaths across the North of England could be prevented over the next 20 years if a minimum unit price for alcohol (MUP) was to be introduced in England.

Not only would we see alcohol consumption falling by 6% in the North of England – the three regions which suffer from the worst harms from alcohol – but almost half of the deaths and hospital admissions prevented and four out of ten of the crimes avoided in England would come from the North East, the North West and Yorkshire and the Humber.

To put it into context, high-risk drinkers in our North East communities would cut consumption by the staggering equivalent of nearly 18 bottles of vodka a year. That’s 720 units, or 180 pints of 4% beer.

But that is not all. On the day that the Welsh Government introduced MUP on Monday 02 March, Balance the North East Alcohol Office released figures to show that people in the North East are more likely to die and almost twice as likely to be hospitalised from alcohol-specific causes than people in Wales.

Not for the first time this begs a burning question: why is our government not doing more to protect vulnerable people in England from cheap strong alcohol, when the problem is being taken seriously in Scotland and Wales?

We have options, and these relate back to a fundamental issue in the Marmot report about whether we really want to improve lives as a responsible society.

Do we listen to clinicians like Dr James Crosbie, a GP and North East liver specialist, and Dr Kate Lambert, from Sunderland City Hospitals Accident and Emergency, who see the fallout of cheap alcohol on a daily basis with increasing numbers of people in their 20s and 30s with alcoholic liver disease?

Do we listen to our police forces and emergency services, who estimate that 80% of weekend arrests are alcohol related, that ambulance crews make around 1.4m alcohol-related journeys a year and that in total, alcohol takes up an estimated half of their time (see IAS report ‘Alcohol’s impact on emergency services‘)?

Do we listen to publicans who despite efforts by the big booze producers to pretend otherwise, tell us that cheap alcohol in supermarkets and off licenses is the single biggest reason as to why they think pubs are closing? (from Balance publicans survey, 2018).

Behind the damning statistics, do we listen to people like Joanne Good, whose 16-year-old daughter Megan tragically died after a New Year’s Eve house party where she had drunk the type of cheap white cider sold at pocket money prices and who now campaigns to stop other families going through the same unimaginable grief?

And after all this, do we stop and consider the emerging evidence of alcohol as a cause of at least seven types of cancer as well as its long established harms around liver disease, heart disease and high blood pressure?

Or do we continue with the status quo, allowing policy to be set according to the wishes of a global alcohol industry which makes two thirds of its sales from people classed as heavy drinkers and which would lose 40% of its revenue overnight if people drank at the recommended chief medical officer limits?

The new government has an opportunity to follow the example of Scotland and Wales and introduce a minimum unit price here in England too. It makes total sense – the cheapest alcohol is causing the most harm and minimum unit price targets the cheapest drinks. MUP would not affect bars and pubs in England, instead pushing up the price of cheap supermarket vodka and super-strength lagers which are popular with street drinkers and other vulnerable groups. And critically, most of the deaths, hospital admissions and crimes prevented would be from in our most deprived communities.

Amid promises by the government to “level up” the areas suffering the worst areas to stop the deterioration in health, the need for MUP is becoming hard to ignore. It is a vital moment in time to keep calling on the government for action on cheap alcohol in England.

Boiled down, and like the ethical decisions around tobacco control in years gone by, this is about saving lives or profit. We suffer the worst harms from alcohol in the North of England, and clearly we have the most to gain. There may be battles ahead, but we are not going to go away.