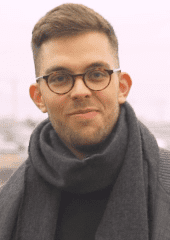 Alcohol plays a key role in health resilience – It is a strong risk factor for non-communicable diseases and a major strain on emergency care units around the world. Reducing alcohol consumption thereby has the double value of making the population more resistant to illness in general, and COVID-19 In particular,[1] and reducing the burden on health care systems and staff.

As Europe tentatively opens up, many are now looking back at how society was impacted by the first months of the COVID-19 lockdowns and restrictions. In this brief text, I will present what Swedish data tells us so far about the impact of the lockdowns on alcohol consumption and what it could teach us when we design alcohol policy in the future.

When the extent of the COVID-19 pandemic became known, European countries implemented a range of restrictions. Borders were closed to non-essential travel, social distancing rules were adopted and, in many countries, shops, bars and restaurants were closed and citizens asked to stay indoors.

As European internal borders closed and travel ground to a halt, it also stopped the flow of people travelling to purchase low-price, low-tax alcohol from so called ‘border shops’ around Europe. As bars and clubs were closed, or operating below capacity, there were fewer places to buy and consume alcohol.

These restrictions had a significant impact on the availability of alcohol in Europe. A side-effect, but given the pressure alcohol causes on our health systems, not necessarily a negative one. Traditional models of alcohol policy, as well as market logic, suggests that this would lead to a reduction in alcohol consumption.

In the UK, excise duty receipts decreased in April 2020 and opinion polling suggests more people affected by the lockdown reduced their alcohol consumption than increased it. However, excise duty receipts are dependent on reporting, payment timing and variable excise duty levels for their long-term trends. Meanwhile, detailed sales data from industry is often restricted, and can be limited in information as it tends to capture price, not volume, of alcohol purchased or doesn’t allow adequate comparison between beverage categories or purchasing streams. In a similar way, most polls lack comparable longitudinal information on volumes.

In June, Sweden released preliminary figures on alcohol consumption during March and April 2020. The data is unique in the way that it goes beyond registered sales data and revenue and also includes cross-border shopping, home production and smuggling. The data enables a more detailed analysis of consumption than would otherwise be possible. Interestingly, it suggests the reduction in availability of alcohol has played a key role in reducing consumption.

In Sweden, the COVID-measures were implemented from mid-March onwards. Although bars and restaurants were never closed completely, they were affected by the measures.

Sweden saw estimated total consumption, measured in pure alcohol, in the first two months of the pandemic decline by 7% compared to the same period in the previous year. Purchases in restaurants and bars declined by 52% and unregistered consumption (primarily cross-border shopping and smuggling) by 56%. The decline was met by an increase in national retail sales (10%) but the net effect, considering the share of the different purchasing streams, still represented a sizeable reduction.

There are of course other variables at play influencing the total consumption of alcohol. Social distancing requirements as well as a health-focused national discourse can be expected to have reduced purchases generally, and particularly surrounding Easter and Valborg [a Swedish spring holiday, for some associated with heavy alcohol consumption]. At the same time, there are aspects of the crisis, not least stress, loneliness and boredom that can also act as triggers of alcohol consumption. This duality can be seen in polling both within Sweden and other countries where some people reported increased consumption and some decreased. The Swedish data, nonetheless, indicates a clear correlation between the decline in total purchases and the decline in those exact purchasing streams affected by the COVID-restrictions, suggesting reduced availability as the main explanatory factor.

Whereas stopping bars and restaurants from serving alcohol indefinitely isn’t a feasible solution to reduce alcohol harm, the data highlights the important relationship between alcohol availability and alcohol consumption. Strict licensing rules, active inspections and a restriction on the number of establishments with late serving hours are policies that have a positive effect on reducing alcohol harm whilst still allowing a flourishing bar and restaurant culture.

Similarly, the suspension of all travel is an unreasonable solution to the issue of cross-border purchases and smuggling of alcohol. Nonetheless, it highlights the need to reform EU-cross border excise duty rules currently allowing travellers to avoid excise duties in their home country.

A study carried out for the European Commission recently concluded that the public health impacts of these tax rules ‘appear to be acute in Member States with high excise rates‘ and that ‘significant economic and fiscal distortions‘ were caused by cross-border shopping. The sharp drop in purchases following the COVID measures serve as an indication of the positive effects, both regarding health and fair competition, to be expected from a targeted reform of these rules. It also showcases the avenues open to the UK, currently in the process of deciding what will follow when the EU’s common excise duty rules stop applying to the country.

Many want to go back to normal after the crisis, but we all have an interest in limiting alcohol consumption levels as economies re-open. Not least as financial hardship, unemployment and continued social distancing measures reduce many of the protective factors against alcohol-related harm for some of the most vulnerable in our societies, notably children and people struggling with addiction. Reform packages around Europe should take this into account by including action on alcohol pricing, availability and marketing. After all, the COVID experience confirms the underlying relationship between ambitious alcohol policies and alcohol consumption.

Written by Kalle Dramstad, head of European policy at IOGT-NTO.

[1] Testino, G. (2020). Are patients with alcohol use disorders at increased risk for COVID-19 infection?. Alcohol and Alcoholism (Oxford, Oxfordshire).