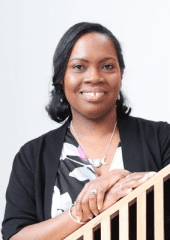 What can we learn from repeat drink drivers’ attitudes and beliefs about drink-driving?

Drink-driving, or driving while over the legal blood alcohol concentration (BAC) limit, is an offence that could lead to serious injury or loss of life. In 1979, there were 1,640 deaths from road accidents involving drink-driving; by 2010, this dropped to 240. However, this figure has since plateaued to between 240 to 250 deaths up until 2018. Provisional estimates for 2019 show an increase in these deaths, the highest increase since 2010. But, the estimated number of people killed or injured in drink drive accidents in 2019 is the lowest on record. So, how do these trends compare to attitudes towards drink-driving? In 1979, drink-driving was considered the norm, with two thirds of young male drivers reported drink-driving on a weekly basis. Fast forward to the 21st century, and multiple studies have consistently found that the public generally view drink-driving as unacceptable and dangerous. This change in attitude over the past four decades has been attributed to national anti-drink-driving measures, including campaigns that target attitudes towards drink-driving. Despite this, drink-driving continues to be a problem, and since 2010, 7% of drink drivers have reoffended before. The question is, why?

What does drink-driving mean?

Part of the answer may be linked to the way repeat drink drivers think about drink-driving. It appears that while the public view the behaviour as unacceptable, the term ‘drink-driving’ means different things to different people The drink drive limit in the UK is 80mg of alcohol per 100ml of blood (or 0.08BAC), expect in Scotland where it is lower at 0.05BAC. This means that a few drinks can put a person over the limit. Evidence also shows that even small amounts of alcohol can impair critical driving functions.

In our recent study, we interviewed 30 people who were convicted of drink-driving, or who admitted to drink-driving more than once; 25 of them reported drink-driving in the past decade. Most agreed that society viewed drink-driving as driving while being drunk behind the wheel, and understood that this was a misperception because they knew that a person did not have to be drunk to be over the limit. However, when asked about their personal circumstances, several participants said they felt ‘okay’ to drive, despite reportedly drinking large amounts of alcohol up to the point of deciding to drive. A few also said they felt ‘invincible’ after their drinking session and believed that it was safe for them to drive. While most did not get caught, they said they acknowledged the risk they took and felt ashamed and guilty, either during or after the drink-driving incident.

Who is a drink driver?

Though most of our participants, half of whom were female, considered themselves to be a drink driver at the time of drink-driving, most provided stereotypical views of what a drink driver looked like, that is, a younger and older man, who intentionally gets very drunk and drives, with little thought to the harm they may cause. As such, most participants had little to no tolerance for other drink drivers. Many thought they were not as ‘bad’ as other drink drivers they knew, mainly because these other people were caught with higher BAC levels, or the consequences of their behaviour were more severe. For example, a few participants spoke of other people who had drunk and drove with children in the vehicle, or who had killed someone.

But is this profiling of drink drivers accurate? Statistics for 2010-2018 show that men are significantly more likely to be involved or die in fatal drink drive accidents than women. Additionally, younger age groups (particularly 25-34-year-olds) are more likely to be involved or die in such accidents. However, we cannot ignore the fact that women and people in older age groups do drink drive. Current evidence suggests that among women, drink-driving is more frequent at ages 40-49, and this rate does not reduce with age. Interestingly, several of our female participants said they could not relate to anti-drink-driving campaigns they have seen, mainly because they often featured young men, or graphic images of drink-driving collisions.

Another question to consider is, is it right to think that people who drink drive do so intentionally, or that they consciously disregard the safety of others? Several participants said they did not intend to drink drive. Many who decided to drink drive were mainly concerned with the risk of harming others and being caught by the police. Many believed that by drink-driving only over short distances or late at night, they were minimising these risks. Many reported having little regard for their own wellbeing, only thinking about the risks they took after the fact, and most did not believe they would be caught by the police.

There were also people who reported having an alcohol and/or mental health problem at the time; this appeared to affect their decision-making in severe cases such as alcohol dependence and serious mental illness, these participants said they were unaware of their drink-driving behaviour. Many people have combined alcohol and mental health problems, and our participants who reported these problems did not believe they fit into the stereotypical profile of a drink driver for these reasons. Most were keen to stress that people like them should be given help to deal with their underlying problems, instead of being punished through the criminal justice system, to avoid future drink-driving

What can we learn?

Our findings show that while repeat drink drivers were aware that drink-driving is illegal and dangerous, this knowledge was overruled by individual attitudes, beliefs and circumstances. Anti- drink drive campaigns should address these and vary in terms of featured content in order to be relatable to a wide range of people. This should go hand-in-hand with increased police visibility on UK roads and enforcement in the form of breath testing, to challenge people’s perceptions of being unlikely to be caught drink-driving. For people who have an alcohol and/or mental health problem, providing and encouraging them to seek adequate support or help is needed, to address these problems in order to prevent future drink-driving.

Written by Dr Andrea Mohan, Lecturer at the School of Health Sciences, University of Dundee.