A new indicator measuring the potential years of life lost due to an alcohol-related cause showed that 294,000 years of life were lost before the age of 75 in 2015 (illustrated, below).

From next year, the ONS will use the same methodology as PHE.

It is a social and economic crisis for 294,000 years of life to be lost prematurely due to alcohol-related causes in only a single year.

We need measures which address the pocket money prices alcohol is being sold at, the 24-hour availability of alcohol, and its heavy marketing.

A good opportunity for action is approaching, with the Chancellor’s spring budget this March. The Chancellor should increase the duty on cheap, high strength cider, and introduce a minimum unit price for alcohol, which we know would reduce consumption and in doing so, the attendant harm. 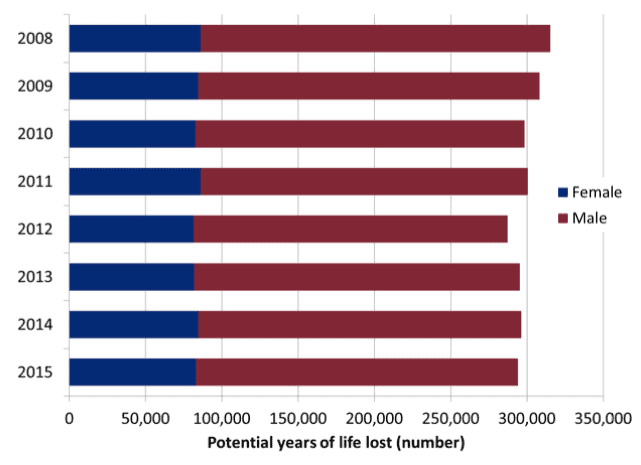