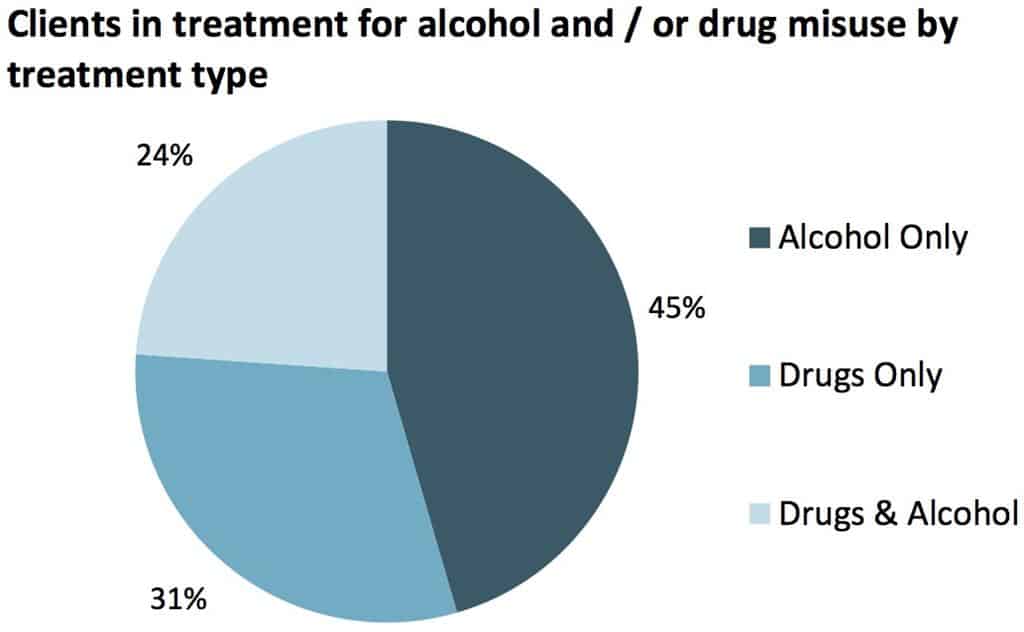 The Census of Drug & Alcohol Treatment Services in Northern Ireland (published 22 January 2015) shows that more than two-thirds of clients were using alcohol treatment services in 2014.

A total of 8,553 people were reported to be in treatment for misuse of alcohol and/or drugs on 1 September 2014.

This means that the number of clients in treatment for alcohol misuse is at its highest level for over seven years (see Comparison Table below).

The report also attributed some of the recent rises in patient numbers to “a higher number of organisations contributing to the Census (from 70 in 2012 to 93 in 2014)”.

‘Census of Drug and Alcohol Treatment Services in Northern Ireland – 1st September 2014‘ is available to view at the NI Direct website. The Census summarises information collected from statutory and non-statutory drug and alcohol treatment services to establish the number of persons in treatment in Northern Ireland for drug and/or alcohol misuse.