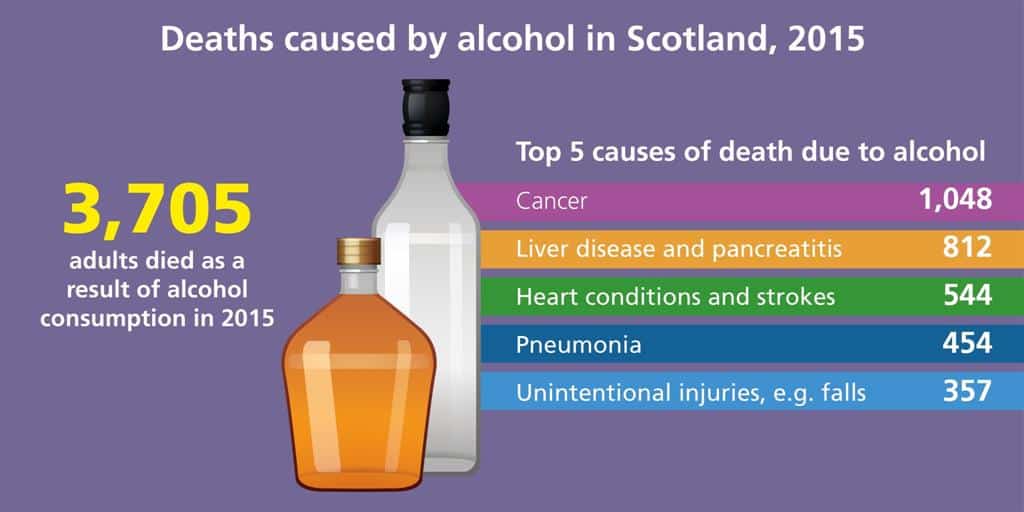 A new report estimating the burden of disease attributable to alcohol in Scotland has revealed that alcohol was attributed to over 3,700 deaths and 41,000 hospital admissions in 2015.

The analysis found that alcohol contributed to 3,705 deaths, with more than one in four (28%; 1,048) alcohol-attributable deaths due to cancer. 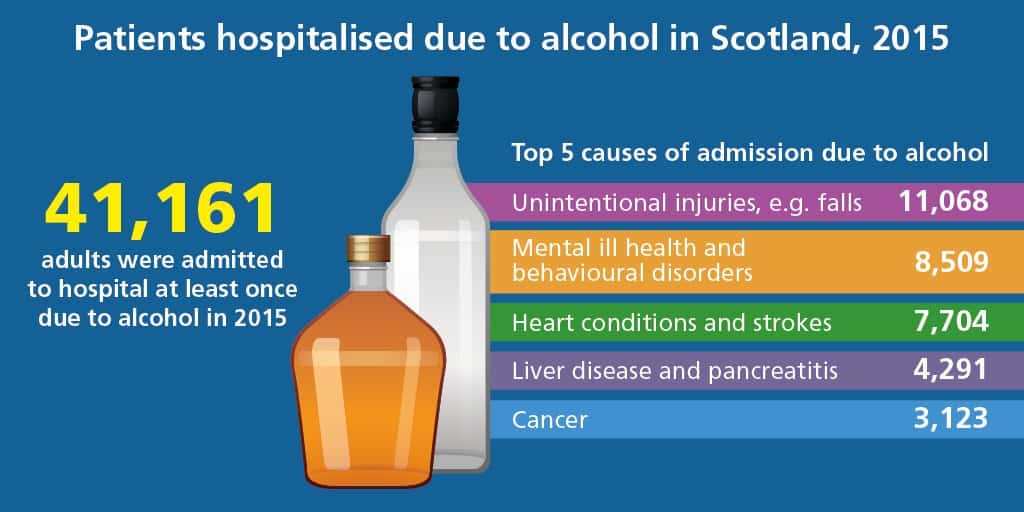 Researchers also found that 41,161 patients were admitted to hospital because of alcohol, with accidental injuries accounting for more than a quarter (27%; 11,068) of the total.

In the report conclusion, the authors noted the contribution of alcohol to deaths from cancer as well as admission to hospital for unintentional injuries to be ‘of particular concern’.

Elaine Tod, NHS Health Scotland public health intelligence adviser and lead author of the report said: ‘Overall, the results tell us that alcohol consumption has a significant impact on health in Scotland – in fact, it contributed to over 100,000 years of life lost due to early death or living in poor in 2015.

‘Preventative action is necessary if Scotland is to make long-term reductions in alcohol-related harm.

‘Alcohol has a wider impact on our health than many people think.’

Commenting on the report, Alison Douglas, chief executive of Alcohol Focus Scotland, said: ‘This research shows that alcohol causes around one in 16 deaths in Scotland.

‘These deaths can be from falls, road traffic accidents and alcohol poisoning, as a result of one bout of drinking. Others, such as mental illness, stroke and cancer, are likely to be the result of drinking over longer periods.

‘It’s not just “alcoholics” who suffer – we need to stop kidding ourselves it’s someone else’s problem.’