Mean average alcohol consumption in the last week among underage drinkers is up on the previous year, according to the new Smoking, drinking and drug use among young people in England report released today.

This rise occurred despite the continuing decline in the proportion of pupils drinking alcohol over the same period, from just over to just under a fifth (22% to 18%). It was 45% in 2004.

The downward trend in the proportion of pupils who had ever consumed alcohol also continued. In 2014, 38% of 11 to 15 year-olds had tried alcohol at least once, the lowest proportion since the survey began, and down 21 percentage points on a decade ago (59%).

Smoking, Drinking and Drug Use Among Young People in England surveyed 6,173 pupils in 210 schools in the autumn term of 2014. You can access the report in full from the HSCIC website. 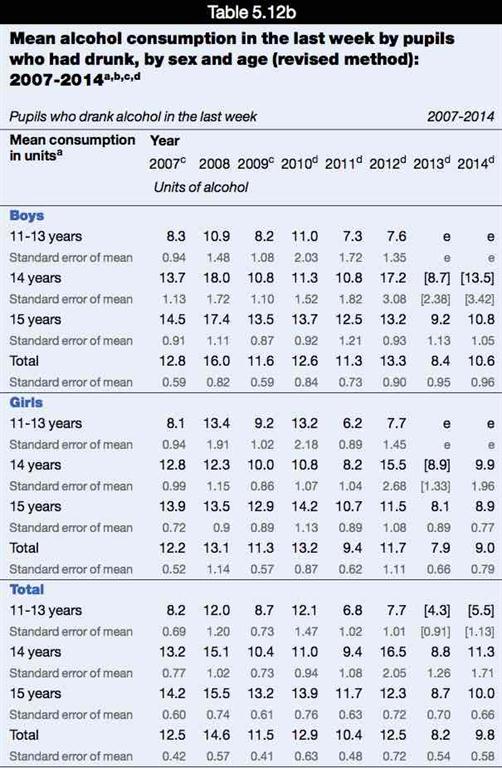