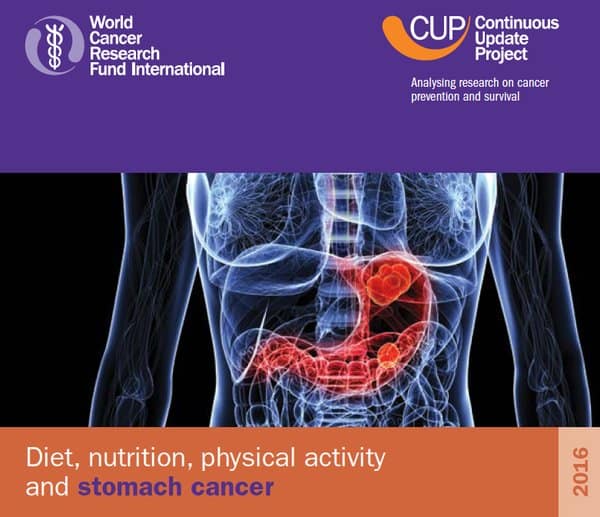 A new report from the World Cancer Research Fund (WCRF) has concluded that drinking alcohol to excess is likely to increase the risk of stomach cancer.

Reviewing 89 studies from around the world and 77,000 cases of stomach cancer, the evidence analysed by WCRF showed that drinking 45 grams of alcohol per day – the equivalent of about three drinks – significantly increases the risk of stomach cancers, and that the risk is most significant in men, as well as smokers and ex-smokers.

The study’s authors also identified ‘plausible mechanisms in humans’; that is, a set of robust explanations for how alcohol impacts on stomach cancer. For instance, acetaldehyde, the reactive metabolite of alcohol, is carcinogenic to humans. Alcohol also acts as a solvent, enhancing penetration of carcinogens into cells.

These findings come at a time when stomach cancer is the third biggest cancer killer in the world with over 900,000 new cases a year. But whilst alcohol has previously been linked with seven types of cancer – including mouth, throat, bowel and breast cancer – this is the first time that the WCRF have concluded a probable link with stomach cancer.

The WCRF recommends that to protect against cancer, it is best to avoid drinking or limit alcoholic drinks, and follow national guidelines.

News that the WCRF has concluded that drinking alcohol to excess is likely to increase the risk of stomach cancer has led to renewed calls from health experts for health warnings on alcohol product labels.

We were aware that alcohol causes seven types of cancer, and worryingly, this report now demonstrates a link with an eighth – stomach cancer.

The link between alcohol and cancer is one of the reasons the Chief Medical Officers (CMOs) in the UK revised their alcohol consumption guideline at the beginning of the year. The CMOs recommend that both men and women drink no more than 14 units per week, spread across the week, and that there is no level of drinking which can be considered ‘safe’. This report further demonstrates the need for these new guidelines, and for the public to be informed of the risks of alcohol consumption.

The public have the right to know about the link between alcohol and cancer, including the link with stomach cancer. The best way to ensure the public has the information they need to make an informed choice about how much they drink is for the Government to mandate health warning levels on all alcoholic products as well as invest in significant mass media campaigns warning of the risks of drinking above the recommended guidelines.