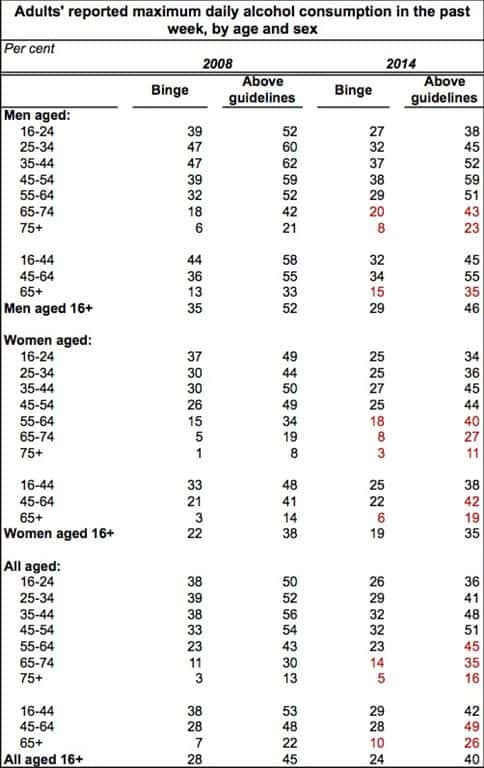 Two in every five adults (40%) reported drinking above the recommended guidelines on at least one day in the past week during 2014, according to the latest Welsh Health Survey.

This figure, which includes around a quarter (24%) who reported binge drinking, represents a small decline in overall levels of drinking since 2008, when the current survey questions were introduced. This reduction has mainly been among younger adults, with some groups of older adults consuming more last year than six years ago.

Although drinking above guidelines was less common among the oldest drinkers, it was in those age groups that there were increases in the proportion of those drinking at harmful and hazardous consumption levels since 2008 (see table, right).

Most increases occurred among Welsh women aged over 55 years. Between 2008 and 2014, there was an increase of eight percentage points among 65-74 year-old women drinking above guidelines, and a doubling in the proportion of 65+ year-olds who were reported to binge drink. 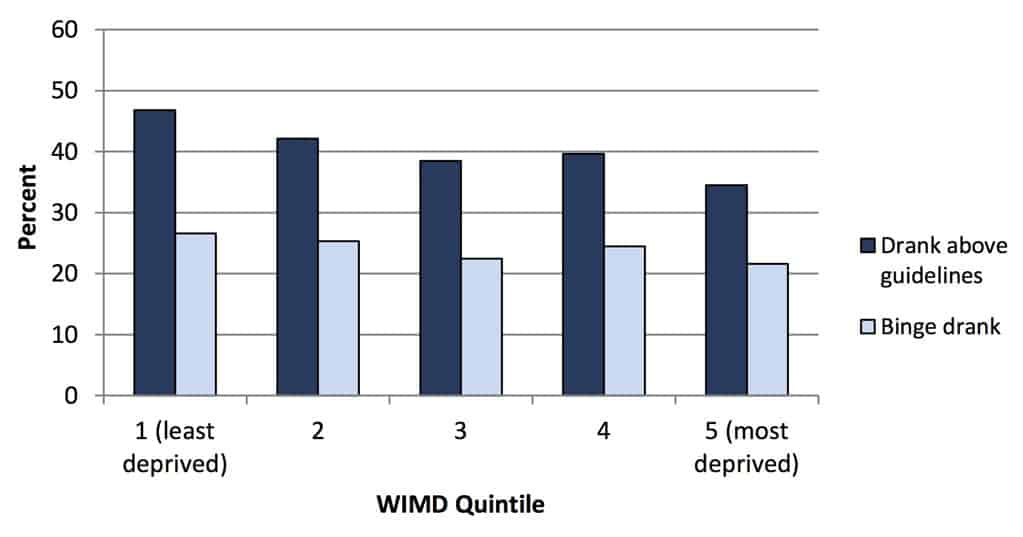