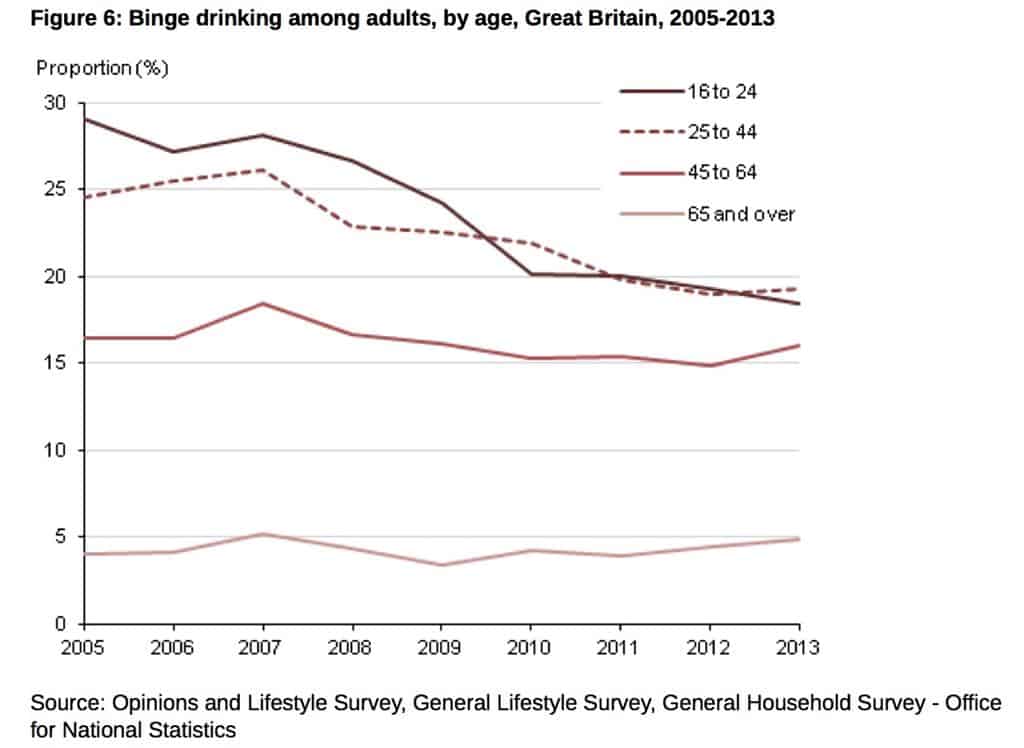 Young people are behind the lower levels of drinking among Britons today compared with a decade ago, according to Office for National Statistics (ONS).

The Adult Drinking Habits in Great Britain survey shows that more than a fifth (21%) of adults reported abstaining from alcohol in 2013. Young adults are primarily responsible for this, as the proportion of teetotallers aged 16 to 24 increased by more than 40% since 2005. This means young adults are now just as likely to be teetotallers as those aged 65 and over (27%).

Young adults are also mainly responsible for fall in binge drinking since 2005; the proportion that had binged decreased by more than a third, from 29% to 18% in 2013. However, those who did drink remained the most likely group to have binged. By contrast, the proportion of older people (45 years old and older) who drank above the recommended guidelines continues to increase.

Almost a third of adults in London (32%) said that they do not drink alcohol, considerably more than anywhere else in Great Britain. By contrast, adults in the north of England and in Scotland who drank in the last week were more likely to have binged than other Britons (36%).