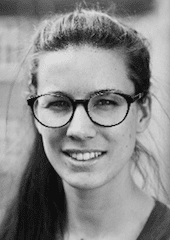 Since the first diagnosis of Foetal Alcohol Syndrome (FAS) in the 1970s we have learned a lot about the harmful effects of alcohol exposure in pregnancy. High levels of drinking have been associated with adverse outcomes in pregnancy as well as in development and health of the foetus. However, there is no clear evidence of harm following drinking at low to moderate levels. As yet, no safe limit has been established.

The lack of clear evidence for harm resulting from low levels of drinking in pregnancy has been reflected in the National Institute for Health and Care Excellence (NICE) guidelines in England. These guidelines stated that women should try to avoid drinking alcohol during pregnancy and if they chose to drink they should not exceed one to two units once or twice per week after the first trimester. The absence of a definite threshold under which drinking could be regarded as safe, has led many other countries to adopt the cautious public health approach stipulating that pregnant women should not drink at all. This was also the case in the Chief Medical Officers’ (CMO) recommendations in January 2016, which were welcomed by NICE.

Up until January this year, it appeared England, in contrast to countries endorsing abstinence, interpreted the same body of evidence differently. This intrigued me to investigate this further. As I am Swedish myself, it made sense to explore the topic from the Swedish as well as English context, and I decided to compare these two countries within my PhD research. At the time of my research, pregnant women in Sweden were advised to abstain from alcohol, whereas the English NICE guidelines suggested women could have small amounts if they chose to. The different policies, along with lower overall drinking levels in Sweden than the UK and lower prevalence of drinking in pregnancy (Swedish examples here and here), provided an interesting base for comparison.

The findings from my study tallied with previous research on alcohol and pregnancy. In a survey I conducted with 347 parents in England and Sweden, only 6% of Swedish women reported any alcohol use when they were pregnant in contrast to 44% of English women. So why is this? In the survey, women were asked if they believed that there is a safe limit of drinking in pregnancy, to which 37% of English women answered “yes” compared to only 5% of Swedish women.

Advice from health care professionals may play a part in shaping views around safe limits of drinking. In fact, 32% of English women in my study had been advised to reduce their drinking, compared with only 2% of Swedish women. In addition, 23% of English women reported that they had been told that small amounts were acceptable to consume, again significantly higher than Swedish women, among whom only 2% reported they had received such advice. This was further emphasised in interviews I conducted with parents, as the advice from midwives in Sweden was consistently described as favouring abstinence while English parents had varied experience of the advice given. This ranged from abstinence to limit intake to smaller amounts. A few women even described hearing conflicting advice from different health professionals.

In my study I also interviewed midwives in both countries, who all said they advise women to abstain. What emerged however, was a discord between personal and professional opinions on the matter of harm from drinking small amounts of alcohol. While Swedish midwives firmly believed that small amounts could be harmful to the baby, English midwives referred to the uncertainty in the evidence base and as one midwife argued: “in the back of your mind you go ‘one’s not gonna kill you’ but I prefer to say no, no drinking”. Research from other countries that endorse abstinence policy, such as Australia and the Netherlands, has shown that midwives are not entirely convinced that small amounts of alcohol are harmful. Some advise that occasional drinking is acceptable.

If we really want to unpick these differences, we may need to look at social norms and the underlying moral narratives. During interviews with parents I noted that Swedish parents were more likely to describe drinking in pregnancy as risky at any level. Their perceptions of prenatal alcohol use as an issue focused on the vulnerability of the foetus and women’s responsibility as a mother-to-be to ensure that the safety of the baby. English parents on the other hand emphasised their belief that women need to take care of themselves as well as their baby, accomplished either by abstaining or keeping alcohol use to what they perceived was a sensible or safe limit. These narratives stressed that women need to be viewed as autonomous individuals, capable of making informed decisions regarding alcohol. As one woman put it: “I don’t think that it helps women to be public property, when they are pregnant. To disengage their own brains”.

Alcohol use in pregnancy can certainly have detrimental, irreversible outcomes and we should continue to work to prevent these. What I think is important from a public health perspective is to gain a greater understanding about how women interpret the information surrounding the guidelines, and how they translate that information into behaviour. In short, I think we need to further explore the role of social norms and perceptions around safe levels of drinking for shaping our health communication of the new CMO guidelines.

Written by Lisa Schölin, final year PhD student at the Centre for Public Health at Liverpool John Moores University and research assistant in Alcohol Policy at Institute for Social Marketing, University of Stirling.