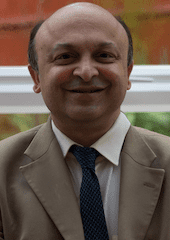 Last week (4 May 2016), Public Health England published its annual statistics for alcohol-related hospital admissions for England. Although we have usually associated the public health consequences of alcohol misuse with younger men, we have begun to see a very different picture emerge over the past decade.

Between 2001 and 2014, alcohol-related death rates in the England reduced significantly in men below the age of 60, with a corresponding significant increase in both older people men and women. For example, in men aged 70–74 and 80–84, there was an increase of more than 150%. The actual number of alcohol-related deaths in England between 1994 and 2014 increased by 65% or more in all age groups for both men and women. In the older age groups (aged 60 and over), the increase was considerably more over this 20-year timeframe. For older men, it was 117% and 82% for older women, with both of these groups showing a higher increase than the general population.

The recent data from Public Health England, as part of their Local Alcohol Profiles, paints a very similar picture. Overall, the number of alcohol-related admissions for the whole of England has increased by 32% between 2004/05 and 2014/15. For admissions that are wholly attributable to alcohol, this figure rises to 36%.

So what are to make of all this new data? Well, for one thing, a cause for concern for the public health and clinical implications of older people now being less likely to change their drinking behaviour than younger people is now beyond reasonable doubt. Older people also now form a sizeable proportion of alcohol-related deaths and hospital admissions.

The bottom line is that we need to pay close attention to drinking in people. There is still undoubtedly a ‘Baby Boomer effect’ of increased alcohol-related harm in older men and women. Although we are beginning to see pockets of activity around the country in addressing this trend, we have a still some way to go in providing integrated care at a clinical level for a problem that will continue to weigh heavily on the public health of this country.