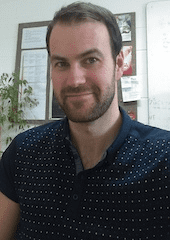 People of England, lend me your ears. It’s time to stop work, it’s time to drink beers.” Thus sounds the rallying call to a nation of football fans. This call to arms is part of Carlsberg’s latest advertising campaign designed to cement the association between consuming alcohol and supporting your national team. Carlsberg is the ‘official beer’ of the UEFA Euro Championship and the England Football team and this year’s Euro Championship in France promises to be the biggest ever with 24 teams playing 51 matches (instead of the usual 16 teams). This means it will also be the biggest ever in terms of sponsorship rights. UEFA expects to generate between €450 and €500 million in sponsorship revenue, an increase in more than 50% from the EURO 2012 tournament.

Carlsberg’s latest advertising campaign will run in the lead up and throughout the tournament. Supporters are encouraged to “pack the pubs” because “games aren’t just won on the pitch, they’re won in the pub.” However, it would appear that the real winners could be the pubs themselves as Carlsberg UK states that football tournaments are worth more than £60 million to the on-trade and claim that showing live football matches can add 60% to an outlet’s rate of sale. With this in mind, Carlsberg is investing heavily in the on-trade by providing 10,000 point of sale kits to pubs in England, Wales and Scotland consisting of fixture posters, planners, flags and wigs. The company has already begun rebranding 19 pub across England as ‘The Three Lions’, substituting the pubs’ previous signage with branded fascia and signs featuring England footballers such as Wayne Rooney and Jamie Vardy. The selected pubs will also be provided with exclusive branded glassware featuring the three lions crest to deliver “an incredible experience” for consumers.

For those fans who prefer to watch their football at home, Carlsberg has created limited-edition packaging which features a mix of the brand’s traditional green colour with the French colours of red, white and blue alongside images of stadiums, supporters and footballs (example illustrated). Packaging for Carlsberg Export features a silver football boot where the studs have been replaced by French landmarks such as the Eiffel Tower and the Arc de Triomphe. Both products offer the chance to win an all-expenses paid trip to Paris and the opportunity to present the ‘Carlsberg Man of the Match’ trophy at an England group game. Armchair fans are also offered the chance to vote for the man of the match through Carlsberg’s social media platforms. Recent statistics from NHS Scotland show that levels of alcohol consumption in Scotland have risen and this has been attributed to the growth in off-trade sales. Even though the Scottish national team did not qualify for the EURO finals, this has not prevented alcohol brands such as Carlsberg and Heineken from filling the supermarket shelves across the UK with limited edition packs. Alcohol continues to be promoted as the essential accompaniment to watching the football. With some supermarkets offering 20 cans of Carlsberg (440ml) for as little as £10 throughout the tournament there is every chance that this upward trend will continue.

Carlsberg has sponsored the UEFA Euro finals since 1988 and has been associated with the England national side for over 20 years. Sponsorship of the 2012 tournament in Poland and Ukraine entitled the brand to: have its logo on pitch side electronic sponsor boards and many other areas; have exclusive marketing rights for alcoholic beverages within stadia and ‘fan zones’ (outdoor areas where fans without match tickets could congregate to watch live matches on giant screens); and use EURO 2012 logos on its products. The 2012 tournament was reportedly worth £609 million to Carlsberg which explains why it devotes around a third of its marketing budget to sponsoring the Euros. Even though Carlsberg reportedly paid $75 million for a new four-year contract beginning in 2014, Loi Evin legislation in France prohibits the advertisement of alcoholic products at sporting events. This means that this year the beer company will not have perimeter board advertising, or broadcast sponsorship in the tournament’s host market. However, trade industry press reports that “TV idents will be shown during matches broadcast on ITV including the tournament’s semi-finals and final, while perimeter LED advertising boards will highlight the lager brand at every match”. This could mean that digital technology may be used to insert virtual advertising images into a live broadcast to replace the pitch-side advertising which is subject to Loi Evin regulations. This practice has been in place for several years and has previously been used during England friendly matches played in Switzerland and the Netherlands. This allows for more targeted advertising to be seen by viewers from other countries. A deal has also been struck to serve Kronenbourg’s new non-alcoholic ‘Tourtel Twist’ brand at the stadiums. Kronenbourg is owned by Carlsberg and the alcoholic version of Kronenbourg will also be sold at the official fan zones, giving the brand an exclusive presence at the tournament.

This year’s tournament therefore provides a perfect opportunity to conduct a natural experiment, comparing the amount of advertising and sponsorship in matches broadcast in France (with restrictions on broadcast and pitch-side) with the amount in matches broadcast in the UK (where the pitch-side restrictions will apply because the matches are played in France, but not the broadcast restrictions). The Institute for Social Marketing has secured funding from the Institute of Alcohol Studies and Scottish Health Action on Alcohol Problems (SHAAP) to conduct a frequency analysis of visual and verbal references to alcohol on a sample of Euro 2016 matches broadcast on UK, French and Irish television. In this way, we will be able to assess first of all how the Loi Evin reduces UK and Irish citizens’ exposure to alcohol references, and secondly, what further reduction in UK and Irish citizens’ exposure could be obtained if the Loi Evin was implemented in these countries.

Written by Dr Richard I. Purves, Research Fellow, Institute for Social Marketing and UK Centre for Tobacco and Alcohol Studies, University of Stirling.