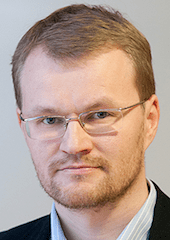 Let´s start with a peculiar case from Estonian National Television. The law states that there can´t be any commercial advertising in the Estonian Public Broadcasting. But they do accept cultural and social messages that are aired without any charge. Our national organisation ran a campaign in 2015 focusing on harm to others. Funding came from Norway Grants and The Ministry of Social Affairs. Both were mentioned in the end of the 3 clips that we produced. To our surprise the TV asked us to remove the logos explaining that they can’t show anything else besides the message itself, not even the ministry´s logo.

The same Public Broadcasting makes an exception for sponsorship messages during sports events. Sure, they don’t advertise specific products, but they do allow a 30 second clip stating that the biggest brewery of Estonia is also the biggest fan of our national cross-country skiing team.

Sponsoring opens closed doors for companies. Alcohol, that is daily associated with negative imagery and dramatic consequences, receives through sponsoring special treatment and a reserved seating. Current legislation allows a loophole for the alcohol industry to go against the spirit of most national laws and international agreements on alcohol. The 1995 World Health Organisation European Charter on Alcohol listed the following in one of its 10 strategies for alcohol action: “Implement strict controls, recognising existing limitations or bans in some countries, on direct and indirect advertising of alcoholic beverages and ensure that no form of advertising is specifically addressed to young people, for instance, through the linking of alcohol to sports.”

When Eurocare, together with a number of partners and members, turned public attention to Heineken´s global partnership with Formula One Management, it should have been an easy case to win. It’s not just alcohol and sports that are put together. It’s motor sports and in the light of global drink-driving problem, there just isn’t any rationale for it. Heineken´s own Rules on Responsible Commercial Communications (2008-2016) agrees, stating that:

“Our commercial communication must never relate to events connected with motor vehicles – including advertising displays at motor racing circuits.”

But they changed it shortly before the infamous deal with F1.

In my opinion, sponsoring is more than advertising to current and future consumers. That might be a secondary goal to spending millions without being able to show your actual products. The primary goal might to stay in our good books. While F1 could easily find other sponsors and funds, there are smaller sports at national levels where industry money creates the understanding that their decision to invest keeps the sports alive. With that they win the hearts and souls of millions of fans, because suddenly they are found among those who solve problems.

Lithuania is currently third in the global per capita consumption list and alcohol creates huge problems. The industry faces accusations and negative results of their business. But as sponsors – for instance of the Carlsberg-owned Alus – they have been associated with the incredible victories of the Lithuanian National Basketball team. As the locals say themselves, basketball is a religion in Lithuania. To be a funder of a religion? That´s just simply brilliant business.

We expect anything from the drinks industry, what they do is in the interest of their business, that’s why the letter was sent to the F1 management. The ball is in the court of sports leaders and national and international policy makers. They have to understand that when it comes to alcohol, sponsorship money is not only about sports but about alcohol policy that has these same goals everywhere: to reduce alcohol related harm, overall consumption levels and youth exposure to alcohol. They may say and think that they can’t solve alcohol problems and deal with alcohol policy issues, that they are just there for their sports. But if they accept alcohol money, they are part of the problem. They must ask themselves, when does alcohol sponsorship of sport become sports sponsorship of alcohol?

A good example comes from Australia where 12 sporting organisations have agreed to end all existing and future alcohol sponsorship agreements. In exchange, the groups will share $25 million in replacement government funding taken from new alcopops tax revenues. As a sports fan I agree that other measures have to be found to replace the alcohol money. A simple ban could leave some sports without necessary support. But as the Australian case shows, it´s possible.

Heineken’s generous F1 sponsorship attempts to present that they are irreplaceable. Big Tobacco tried this before, but lost the battle. Nick Fry, Former CEO of Mercedes AMG Petronas Formula One Team said about losing the tobacco sponsorship: “While tobacco companies were generous partners of Formula 1 for nearly four decades, the reality is that a large number of companies did not want to be associated with a team with tobacco logos on the car and indeed some didn’t want to be associated with the sport, which was very tobacco oriented. This really has opened up a whole new door.”

So are these the last chapters of the alcohol sponsorship in F1 and in other sports? I believe so, but while I´m certain of its inevitability, it probably takes time and it doesn’t come without strong policies. But sports will survive.

As the Sponsorship Awards states: “What’s clear above all is that the sponsorship industry was smart enough to survive the loss of tobacco sponsorship. So it shouldn’t fear the upheaval caused by an alcohol ban. If anything, it might lead to a welcome shake-up in approach, led by dynamic agency thinking and a new wave of brands.”

Written by Lauri Beekmann, vice president of Eurocare. The title is taken from a case study of developments in sport in Australia (Jones, S. C. (2010)).