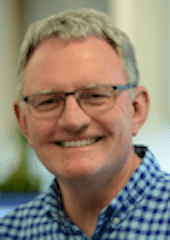 The XXXI Olympiad is underway in Rio de Janeiro, Brazil.

The world’s biggest festival of sport kicked off on Friday night with the usual spectacular opening ceremony, after unrelenting media hype about whether the host city would be ready. There were the usual stories about cost, the preparation, the security and safety.

Of course now that we have witnessed the opening ceremony, and the first few days, the same commentariat has heralded the games as a tremendous success.

Nothing new there either.

It may well be the biggest show on earth, and a tribute to the sustained efforts of tens of thousands of athletes across a myriad of sports, but the Olympic Games is also a spectacle which has come to epitomise much of what is wrong with sport. The money, the corruption, the politics, the doping and the excess, contributing to a bad odour, which has nothing to do with the sewage finding its way onto Copacabana Beach.

The Guardian’s Marina Hyde got the boots in good and proper over the weekend in her opinion piece FIFA is awful, but the Olympics takes the gold medal for sleaze (6 August 2016). Citing it as the “the Reichenbach Falls of scumbaggery – a site of titanic struggle between worthy foes…” FIFA and the International Olympic Committee (IOC) that is; not Holmes and Moriarty.

With the IOC’s appetite for money knowing no bounds and a determining factor in the conduct of the Games, it is predictably downhill from there.

The pursuit of money to fund indulgent IOC officials, and the various hangers-on, mean the Olympic ideals are quickly forgotten. No one should be surprised at the venality of the IOC – Marina Hype points this out wonderfully, eviscerating the IOC’s weak and hypocritical approach to Russia’s systematic circumvention of efforts to stop doping by its athletes.

This penchant for hypocrisy is plain to see. Crooked deals with producers of unhealthy food and drink – junk food and alcohol – are rife. Crooked because these unhealthy products are each year responsible for millions of deaths and disease around the world. And don’t we just know it!

The IOC has been called out on this before. In London in 2012 (Olympics attacked for fast food and fizzy drink links) health advocates attacked the IOC for “squandering the chance to create a positive health legacy”. Completely ignored of course.

From this distance, the Rio Olympics don’t seem any worse than London, albeit given how the alcohol companies, particularly the brewers, target young people in Brazil there will be egregious examples of alcohol marketing. After all the world’s biggest brewer, ABInBev, is partly Brazilian owned.

Nevertheless, health campaigners “have attacked junk food marketing by sponsors of the Olympic Games in Rio, claiming that companies are once more using the sporting event to promote unhealthy high-fat and sugar products”. And describing the Games as a “carnival of junk food marketing” (The Guardian, 5 August 2016).

Mike Daube, Professor of Health Policy at Australia’s Curtin University, writing in 2012 asked “what does the Olympics stand for: is it the inspiration for a healthier, sportier community? Or is it just another way to sell junk food and booze to an ever-fatter, ever-drunker population of couch potatoes?”

Daube’s comments are as resonant today as they were four years ago.

He goes on to show how completely conflicted the IOC has become. Pointing out the IOC policy excludes “alcoholic beverages (other than beer and wine)”. How do you explain that?

Perhaps this statement on the IOC’s website gives a hint, “The International Olympic Committee is the supreme authority of the Olympic movement”.

Even putting those sinister Orwellian undertones to one side, the reality is, the IOC is a very real giant; a multi-billion dollar operation, which wields extraordinary power and influence. Possibly the world’s most powerful brand.

Little wonder major corporations are prepared to fork out hundreds of millions of dollars to be associated with the Olympics.

And no surprise then that just a few days in, we’ve already been hit with wave after wave of direct and indirect promotion of unhealthy food and drink promotion and advertising.

Much of this advertising and promotion, deliberately and irresponsibly targets children and young people.

The research evidence is clear when it comes to alcohol advertising.

A review of twelve longitudinal studies of over 38,000 young people has shown that the volume of advertising they are exposed to influences the age that they commence drinking as well as their consumption levels. This review also showed a dose-response relationship between volume of exposure to advertising and consumption. It would be little different for junk food.

This means that the more alcohol advertising young people are exposed to, the earlier they will begin to drink, and the more they will consume if they already drink.

International studies have also shown that among 15 to 26 year-olds, each additional advertisement seen increased the number of alcoholic drinks consumed by 1%. A US study showed that for each additional hour of television viewing per day by school children increased their risk of initiating drinking 18 months later by 9%.

It is clear public health campaigners have every right to be concerned with the unhealthy relationship between the IOC and producers of junk food and alcohol.

These relationships should end, like they did with Big Tobacco, but I’m not holding my breath.

Written by Michael Thorn, Chief Executive of the Foundation for Alcohol Research and Education (FARE).