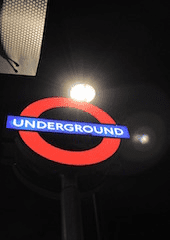 London Underground’s Night Tube begins on Friday 19th August, with the launch of 24-hour services on the Central and Victoria lines on Fridays and Saturdays. Ironically for such a long-delayed project, the scheme appears to be going ahead with an alarming lack of reflection and debate. The benefits have been exaggerated – it is forecast to add 0.004% of value and 255 non-TfL jobs to London’s economy – while the potential costs to police, local authorities and public health have been downplayed. As it is rolled out, Transport for London (TfL) and the Mayor’s Office should be more circumspect in monitoring, evaluating and extending the Night Tube.

The benefits have been exaggerated

Much discussion of the Night Tube has taken on a somewhat triumphant tone, as if it were obvious that this is an unambiguously positive step. All else equal, it is of course a good thing to have more frequent and convenient train services, especially for people commuting late at night or early in the morning. Yet the Night Tube is frequently presented as a dramatic economic stimulus to the night-time economy, when its impact is in fact likely to be modest.

‘2,000 permanent jobs and £360 million’ are promised by TfL and the Mayor’s Office. Any such forecast is bound to be speculative, but even if we accept them uncritically, they are presented with some sleight of hand. The £360 million is summed over a 30 year period – in fact, the annual boost to the economy is estimated to be £15 million per year.* £15 million is not to be sniffed at, but in the context of London’s economy it is relatively small. Annual Gross Value Added in London is £364 billion, so on TfL’s own numbers, the Night Tube would increase output by 0.004% per year.

The figure of 20,000 jobs is also misleading because the underlying analysis concedes that the vast majority of these jobs are not newly created, but are merely displaced from the daytime economy. Accounting for this effect, the net impact of the Night Tube is expected to be the creation of 520 new jobs, of which over half – 265 – are directly working for the London Underground. Again, positive, but hardly earth-shattering.

The costs have been underplayed

If the rhetoric around the benefits of the Night Tube have been overblown, discussion of its costs has been conspicuously absent. It may well have positive social and economic consequences, but too little heed has been paid to possible drawbacks.

Clearly, one likely effect is that drinking – and in turn crime and disorder – will be pushed later into the night in an analogous way to the 2003 Licensing Act, which permitted venues to stay open longer. The experience of licensing liberalisation shows that this can be extremely disruptive to police and other emergency services – as drinking activity is spread over a longer period of time, more resources have to be devoted to managing it, crowding out other police work.

Longer opening hours may also serve to encourage ‘pre-loading’: people drinking more for longer at home before starting their night out later. This is problematic not only because it undermines attempts to boost spending in the night-time economy, but also because pre-loading is associated with higher alcohol consumption, intoxication and alcohol-related risks.

The potential impact on crime and disorder is unclear. While the Metropolitan Police has predicted little change in levels of offending, TfL’s risk assessment indicated that sexual offences, antisocial behaviour and other crimes are likely to increase with the introduction of the Night Tube. There may also be more opportunities for taxi touts and unlicensed taxis at the end of night tube lines.

The Met has identified overcrowded and end of line stations (such as Stratford, Brixton and Camden Town) as particular concerns, and The Mayor’s Office for Crime and Policing has stated that this may require additional police resources. This points towards the fact that that managing night time dispersal is a delicate technical challenge. Intuitively, it may seem obvious that faster routes home should reduce disorder. This may prove to be the case, but in addition to the risk of creating ‘pinch points’ at the end of the lines, the greater circulation of people within the city centre, at a time when many would have previously headed home, could also create additional issues.

The debate around the Night Tube has generally omitted the burden it is likely to place on a handful of central London local authorities. Westminster, Camden and Lambeth are expected to see 60% of the traffic on the lines, with Westminster alone accounting for 40%. This will create additional clean-up costs and extra work for their licensing, environmental health and other enforcement teams, at a time of tightly stretched budgets in local government. As it is, the fees that licenced premises pay do not cover the cost of administering and enforcing the licensing system. As such, more local authorities may consider introducing Late Night Levies as a way of recouping some of these costs, particularly as the Home Office is due to make them more flexible to implement in the near future.

The night tube may benefit many people who use, and work, in the night time economy, but there will also be losers. A more cautious approach would have involved smaller-scale pilots, and close consultation with emergency services, local government and other stakeholders. Greater accuracy and transparency in discussing of the pros, and cons, would also be welcome. As it stands, the impact of the Night Tube on public health, safety and the economy is unpredictable, and will almost certainly have mixed effects. Over the coming weeks and months, we will learn more, and it is imperative that such learnings shape its implementation on the Jubilee, Northern and Piccadilly lines in autumn.

Written by Aveek Bhattacharya and Jon Foster of the Institute of Alcohol Studies.