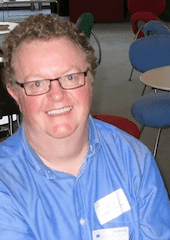 As the Alcohol Health Alliance releases a report showing that 71/2 litres of high-strength white cider can be bought for the price of a cinema ticket, Dr Peter Rice paints a potted recent account of the drink through a medical lens

Doctors ought to learn from their patients and, when I was working in an NHS alcohol problems service in the early 1990, my patients taught me about white cider.

I first became aware of these drinks in a pub in the late 1980s when I overheard a very insistent older woman instructing a younger man (maybe her son) to make sure that her bottle of cider was “one of those strong ones.” I was intrigued and discovered these small 275ml bottles, not much bigger than a large glass of wine, of 7.5% cider, containing just over 2 standard UK units.

It was with the launch of bigger containers at 2 and 3 litres a few years later in the early 1990s that the impact became evident in the clinic, though. Patients who had previously gone for strong lagers, switched over to these newer products, known in my area as Blue Subs (short for submarines).

These developments seemed to escape public awareness to begin with and at that time, public concern was over the new alcopops, not familiar cider. White cider was a drink people drank by themselves at home, not in pubs or restaurants and in supermarkets, they were kept on lower shelves, not expecting to attract passing trade with “eye level is buy level.” The marketers know that their customers were determined, well informed and would seek out the product. It was pretty much below the radar.

What was the appeal of white cider? Simply put, bang per buck. It was the cheapest way to drink and the more heavily you drank, the more important that consideration became. Cider had a highly advantageous alcohol duty structure which became more marked as strength increased, and at 7.5% the duty paid was around a quarter that of a beer of equivalent strength.

Gradually, awareness of the importance of these drinks increased and the policy focus sharpened, certainly in Scotland. The priority of advocacy groups on low cost alcohol, which contributed to the inclusion of Minimum Unit Price legislation in the national alcohol strategy, was strongly influenced by a recognition of the harm caused by cheap white cider. Alcohol Concern produced an excellent report on White Cider and Street Drinkers in 2011, which also described the development of the cider sector and the role of the larger companies who moved into the cider market. These firms recognised the reputational damage of these products which they often inherited in takeovers and this  led to reductions in strength and bottle size and some of the bigger brands being withdrawn. However, there was no shortage of entrepreneurs willing to take their place.

As would be expected, the alcohol industry has sought to play a very active role in alcohol policy in Scotland, the UK and Europe, but the cider sector has not been prominent in this, seeming to prefer to keep their heads down. Submissions from the National Association of Cider Makers (NACM) to Government consultations typically emphasise two things: 1) the importance of small scale cider production to the economy of South West England; and 2) the low market share of cider, including white ciders. In 2011, the NACM informed the Scottish Government that white ciders represented only 0.5% of UK alcohol consumption.

However, the perspective from UK NHS clinics is different. A study in Southampton in 2014 showed that cider, mostly high strength, comprised 17.4% of the intake of harmful drinkers attending a liver clinic. A Scottish study showed that in 2011, over 22% of clinic attendees’ alcohol intake was white cider.

So the cider industry’s contention is that white cider is no big deal, but it is becoming ever clearer that this is a product which is selectively purchased and consumed by the heaviest and sickest drinkers.

The team from Napier University, Edinburgh who undertook the Scottish study did some further analysis of consumption data and matched this with sales data. Their conclusion was that pretty much all of the white cider estimated to be sold in Scotland could be accounted for by the consumption of people in serious trouble with alcohol who are attending liver medicine or addiction clinics (also shown in a 2016 paper).

As well as further confirming what the market is for white cider, this work raises questions about the accuracy of the sales data, produced by market research companies and used by Government and researchers to inform their work. Of course, within the cider industry, there is knowledge and expertise on levels and patterns of sales and while this may be common knowledge to those in the business, it is not in public domain. Perhaps one of the most useful things to improve understanding of alcohol harm would be to place a requirement on industry to share data in the public interest.

The concerns of practitioners and the work of academics and advocates seem to have led to progress. In the House of Commons debate on the Finance Bill in early September 2016, David Burrowes, MP for Enfield and Southgate, raised the need for a review of cider’s favourable taxation arrangements, doing so in the context of the impact of alcohol harm, much of that arising from cheap white cider, on social justice and equity. The Minimum Unit Price legislation passed by the Scottish Parliament in 2012 and currently negotiating the legal hurdles erected by the Scotch Whisky Association will have a substantial effect on cheap white cider in Scotland and any other places which wish to follow that policy. These two approaches, MUP and excise duty reform, work well together, ensuring that changes have most effect on the shelf price of the cheapest, most harmful products and relating the excise duty, in a graduated way, to the alcohol content.

So, what next for white cider? The spotlight is now on the sector. It’s clear that previous actions such as requiring a minimum juice content and a ban on selling below cost of duty plus VAT have been ineffective and the calls for effective action on these harmful products will continue.