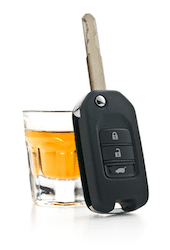 Drink-driving is an emotive issue, and a clear example of alcohol impacting on innocent bystanders; 60% of those who are killed or injured in reported drink-driving incidents are people other than the driver, such as passengers, pedestrians and cyclists.

Public awareness of drink-driving, and the social stigma that goes with this, has changed hugely over the last few generations, but progress now seems to have stalled. There has been no drop in the number of drink-driving casualties since 2010, with 240 people killed a year in the UK, and over 8,000 injured. This costs £800 million a year.

In addition, nearly a third of drivers that drink admit to driving when over the legal alcohol limit, which equates to just over 10 million people. The message that drink-driving is dangerous, socially unacceptable, and that if you do it you’re likely to get caught, is not as strong as it used to be.

The Government state that drink-driving ‘remains a priority’, but while they have made some useful changes in recent years, these have all been fairly minor, and they have failed to take the most obvious course of effective action.

There is strong international evidence that reducing the limit of 80mg alcohol/100ml blood to 50mg, combined with visible enforcement, tough penalties and mass media campaigns will reduce drink-driving. Research shows that a lower legal limit would save at least 25 lives each year and prevent more than 95 life changing injuries.

Scotland lowered its limit to 50mg in December 2014, and police figures showed a 12.5% decrease in drink-drive offences in the first nine months. Northern Ireland is set to lower its drink-driving limit before the end of 2016, and Malta has announced plans to lower its limit in due course. This will leave England and Wales with the highest limit in Europe. Commonwealth countries like Australia, New Zealand and South Africa also set their drink driving limit at 50mg.

A Private Member’s Bill, sponsored by Lord Brooke of Alverthorpe, to reduce the drink-driving limit in England and Wales recently passed through the House of Lords, showing that there is significant support for this in Parliament. In addition, 77% of the general public also support lowering the limit, and this remains very high across supporters of all political parties.

There is a wide coalition of groups campaigning to lower the drink-driving limit, including the AA, BRAKE, the Institute of Advanced Motoring, the Police Federation of England and Wales, the Fire Brigades Union, the Royal College of Emergency Medicine, the Parliamentary Advisory Council for Transport Safety, and Abellio. The Government tend to say that they prefer to focus on enforcement rather than lowering the limit, but even those who have to do the enforcing say this is not enough.

All in all, this is a very compelling picture, both in terms of the evidence behind lowering the limit, and the public and professional support for it. It is time that the Government paid attention, and took effective action.