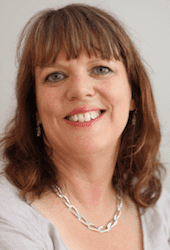 October 11th is World Obesity Day. Established by the World Obesity Federation, the day aims to stimulate and support practical actions that will help people achieve and maintain a healthy weight and reverse the global obesity crisis. In 2016, the day focusses on childhood obesity, aligning with the WHO Commission’s report on Ending Childhood Obesity.

Being overweight as a child is a known risk factor for many preventable health conditions occurring later in life, including diabetes, cancer, heart and liver disease. Last month, the UK Government published its own Action Plan to tackle childhood obesity and the British Liver Trust joined forces with 33 other leading charities and medical colleges to warn that the measures outlined did not go far enough. Whilst the sugar tax on high-sugar drinks announced by George Osborne in March provides a small concession to what is required, the rest of the strategy relies on voluntary action by the food and drink industry and fails to provide the necessary restrictions on junk food and drink marketing and advertising.

The British Liver Trust has a particular interest in both obesity and alcohol – as between them they account for the huge increase in the numbers of people with liver disease in the UK. The rise of alcohol-related liver disease and non alcohol-related fatty liver disease (NAFLD) means that one-in-five of us are now at risk of developing serious liver problems. It is also the only major disease category in which premature mortality is increasing throughout the UK while whilst decreasing among our European neighbours – as a nation we are drinking too much alcohol, eating too much food and not doing enough exercise.

The Government’s inadequate response to obesity has parallels with its current attitude to legislation on alcohol. Substantial strong evidence exists for a range of different strategies to minimise the damage caused by both sugar and alcohol, including those that improve education and those that target price and marketing. Simple legislation to ensure prominent and understandable labelling on food and alcohol products, suitable highly visible health warnings and appropriate taxation or price regulation would go a long way to tackling both of these problems.

However in the case of both obesity and alcohol, the current Government is reluctant to take action. Part of the reason for this, is that MPs are usually expected to represent their constituents’ preferences and are reluctant to support unpopular policies. Effective legislation to limit the global health burden of both obesity and alcohol therefore relies on public backing in order to be passed. In our society, the dominant dogma is that to maximise the welfare of our citizens we have to maximise freedom and personal choice. Policies to to dictate what we eat or lower alcohol consumption tend to be seen as contrary to this central tenet and therefore tend to be disliked by voters.

We need a paradigm shift where intervention is not seen as interfering or the actions of a ‘nanny state’. In his book, ‘The Paradox of Choice: Why more is less’, Professor Barry Schwartz argues against this set of beliefs and how ‘too much choice’ actually shifts the burden of responsibility to the individual and makes us less satisfied.

The current reliance on voluntary action by the food and alcohol industry has not worked. It is in the interest of industry to paint organisations such as the World Obesity Federation and Alcohol Health Alliance as nanny statists when in fact the Government has an opportunity to protect the next generation from many diseases including liver disease and cancer and reduce the crippling burden of obesity and alcohol on the NHS and society.

When accompanied by good education, we know that simple legislative measures can and do work. In just 6 months, the introduction of a 5p charge for plastic bags has resulted in 7 billion fewer bags being used and more than £29 million being raised for charities and community groups. Let’s have a similar game changing approach for unhealthy food and drink.

Written by Vanessa Hebditch, director of communications and policy at the British Liver Trust.