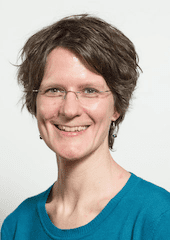 What was the first thing you did after you got out of bed this morning? Perhaps you checked the news on your smartphone, turned on BBC Breakfast, or read the newspaper while sipping on your cup of tea? Throughout the day, we are constantly exposed to the media in an ever increasing range of forms. The media, and the information they provide us, affect our lives and our perceptions of the world around us. In the age of 24-hour rolling news channels, talk radio, news websites, Facebook, Twitter, YouTube and Google+, the latest information is omnipresent and constantly available. The amount of information we consume is growing exponentially. In 2012, Google received 2 million queries per minute; by 2014 this figure had already doubled. This is just one illustration of how media is an increasingly important aspect of our lives.

The media produce a variety of messages and images which influence our opinions and our actions. They mould the way we think about people, events, society and politics. They shape our thinking about what to wear, where to go, how to behave, and what might be done about the world’s problems. The power of the media to shape public opinion has long been understood by both politicians and businesses. This insight is the basis of the advertising and public relations (PR) industries.

Corporations have also sought to control the way in which their image is portrayed and how they are perceived by the public. Companies use the media to promote an image of themselves as responsible corporate citizens, and to distinguish themselves from their apparently less conscientious competitors. They aim to improve their reputation and to underline the contribution they claim make to society. We are asked to believe, for example, that an oil company is concerned about clean and sustainable energy; that a processed food company wants you to have a healthy start to the day; or that a bank is committed to ethical investment. As a result, we might choose to fill up our cars at their petrol station, buy their cereals for our children’s breakfasts, or move our savings to their accounts. Alcohol companies also use media framing to promote themselves as more socially responsible than their contestants, increase their reputation and highlight the positive effects they have on their consumers’ lives and the world.

In the same way that the media influence individuals’ attitudes and behaviours, they also shape what political decision makers think and do. This occurs both directly and indirectly. Policymakers are not only influenced by media debates themselves; they are also concerned about public opinion, which is, in turn, influenced by media framing of the issues at hand. Consequently, media framing has considerable impact on how policies are being made. Promoting a particular argument through the media is, therefore, a widespread and highly effective political act and a key component of corporate political strategy, including for the alcohol industry. And it means that the media’s power has clear implications for health and health policy.

A recently published study in BMC Public Health reviewed studies which analysed how the media portray risks factors for NCDs, the policies designed to prevent them, and the industries which produce and market health harming products such as tobacco, alcohol, processed food and soft drinks. The research showed that alcohol-related problems were portrayed in one of two ways. At certain times, the media highlighted structural factors like the production of alcohol and the profit motive of alcohol manufacturers as the main causes of excessive alcohol consumption. When presenting the cause of alcohol-related harms in this way, news articles often also promoted the regulation of the alcohol sector and population-level interventions such as restrictions on advertising and availability and price increases, which research suggests are the most effective ways of reducing alcohol-related harms. Alternatively, the media focused on the behaviour of individual drinkers, seeing them as primarily responsible for controlling her own drinking. According to this account, harms are the fault of drinkers (not producers), and recommended policy interventions include better education about the effects of alcohol and greater punishments for anti-social behaviour. Evidence suggests that these measures have little impact on drinking levels and on alcohol-related harms.

Unsurprisingly, corporations are keen to promote the second argument. Focusing on individual-level behaviour diverts attention away from corporate conduct and towards policy solutions which maintain the industry’s freedom to sell and market their products in the way they choose. Targeted educational policies have little effect on aggregate level alcohol consumptions within the population and thus do not threaten sales and profits. In order to oppose regulation, corporations often claim that population-level policies are disproportionate, unnecessary, not feasible, not economically viable or an intrusion into personal freedom. In contrast to industry actors, public health advocates frequently favour population-level policy prescriptions and regulation of the industry. Their advocacy efforts are most successful when they divert attention towards the detrimental impact of industry conduct and the structural, political and corporate determinants of health.

Policymakers who are persuaded by corporate framing are less likely to adopt policies that regulate corporate behaviour, whereas those who understand that alcohol misuse is a population-wide problem are more likely to implement stringent regulation. Framing of policy issues is thus crucial in determining the path taken by decision makers and the forms of regulation which are introduced. This shows that media are not just an important factor in shaping public and political debates. They are the very context in which politics are being fought out.

The challenge for public health is to shift perceptions of public health problems in a way that stays close to the relevant evidence and promotes the most effective policy solutions. This is a particular challenge when confronted with a powerful industry, whose marketing and political strategy is geared towards making the public and policymakers believe that alcohol consumption is a behavioural problem and can be solved through individual-level measures. The media can be a powerful ally when trying to challenge this interpretation and to draw attention to the underlying social and political causes of alcohol consumption.

Finally, what can we as media consumers do? A first step is to pay attention to how debates are framed; then to read between the lines and become aware of who might be trying to influence us by presenting the issue.