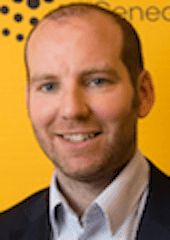 A recent article in Addiction concluded that young people who have a greater exposure to alcohol marketing appear more likely to initiate alcohol use and engage in binge drinking and hazardous drinking. The problematic relationship between participating in sport and alcohol has been the focus of my research for almost 10 years now. Perhaps uniquely I have taken an ethical or moral philosophical perspective on the topic (see Sport and Alcohol: An ethical perspective). The aforementioned article provides further empirical evidence that the current practice of alcohol marketing and sponsorship in sport is unethical.

Football, perhaps the most popular and certainly the most viewed sport, provides alcohol companies’ access to millions of customers worldwide. Alcohol Concern research showed that during the FIFA 2014 World Cup, viewers would be exposed to one alcohol reference (usually on advertising hoardings) per minute of playing time and up to 10 alcohol commercials per broadcast, apart from the BBC. Budweiser, the official beer of the World Cup, pays between $10 million and $25million to be part of the tournament and are able to negotiate exclusive deals and changed some of Brazil’s laws on alcohol sales and taxation. For many years I was a walking advertising hoarding for Carlsberg whenever I wore my favourite team’s replica shirt (Liverpool). Ironically, although alcohol logos might feature prominently in stadia, all supporters – even those in executive boxes – are forbidden from consuming alcohol within sight of the pitch while the game is played. Such rules were introduced to eliminate alcohol’s aggravating effect on volatile football supporters. Unfortunately, they do not apply to rugby, where one’s view of the game from a £65 seat might be continually obstructed by other supporters’ trips to the stadium bar. 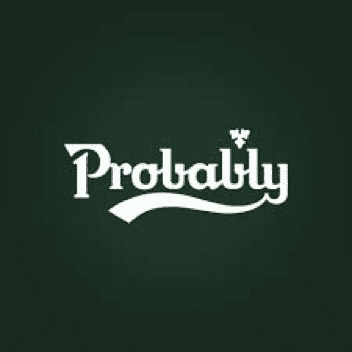 Alcohol sponsorship of sport has already been banned in a number of countries, but often the ban is circumvented by displaying altered logos. Carlsberg use ‘Probably’ instead of Carlsberg (illustrated) and other brands whose livery is so well known can omit the name. Welsh Rugby Union, when sponsored by Brains, changed the logo to Brawn when playing in France, and Formula One cars sponsored by Martini display the well-known coloured stripes only. In the UK, alcohol sponsorship of football (but not rugby) has declined. Everton are the only Premier League team featuring a beer brand on their shirt (Chang’s logo cannot be printed on children’s replica shirts – but children’s bedrooms will be adorned by images of their heroes sporting the logo). There is no longer the Carling Premiership, Carling Cup or the Budweiser FA Cup, although the UEFA Champions League continues to be sponsored by Heineken.

Sports broadcasts are exempt from rules which prohibit advertising and marketing alcohol pre-watershed. Companies are able to get their logos onto commercial television and onto the BBC by sponsoring or advertising through sport. The research mentioned above shows that this has a detrimental impact on young people’s drinking habits.

Protecting children and young people from harm is considered to be a fundamental moral ideal. Legislation instantiates this ideal when laws are penned which aim to protect children from harm, including self-inflicted harm. The liberal-minded baulk at legislation which curtails the right of competent adults to harm oneself as a matter of principle. The great liberal philosopher John Stuart Mill rejected paternalistic interference on any grounds (including self-harm) other than to prevent harm to others. Adults should be allowed to smoke, drink, take drugs, eat fatty foods or indulge in any practice they so wish as long as they don’t harm others. Harm to oneself, howsoever great, is not sufficient reason to interfere with their choices. Some of our laws are more faithful to this principle than others.

Written by Dr Carwyn Jones, Professor in Sports Ethics at Cardiff Metropolitan University, and author of Sport and Alcohol: An ethical perspective.