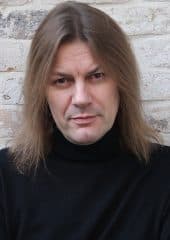 High-strength ciders and super-strength beers have emerged as one of the biggest killers of homeless people in the UK, responsible for a higher death toll than either heroin or crack cocaine.

Thames Reach is a charity working with people who are sleeping rough or who are formerly homeless, and staff and volunteers have witnessed far too many deaths as a result of these dangerous super-strength drinks.

The most recent annual figures on rough sleeping in London established that of the 8,096 people found sleeping rough by outreach teams in the capital, 43% had an alcohol problem.

The problem isn’t just confined to the streets. Thames Reach runs hostels for former rough sleepers where we aim to help people live more healthily and independently. Many residents are still battling alcohol problems and, of those, a staggering 98% are primarily drinking high-strength ciders and super-strength beers – excessively strong mass produced brands between 7.5% and 9%, which are far stronger than regular and premium strength ciders and beers.

Popular brands include the 7.5% White Ace cider, which comes in three-litre bottles, contains 24 units of alcohol, but retails at only £3.99 – set against such products it is revealing to note the UK Chief Medical Officers’ guideline that you are safest not to drink regularly more than 14 units per week, to keep health risks from drinking alcohol to a low level.

We support a responsible drinks industry, and we recognise the importance of Britain’s cider and beer making tradition. High-strength ciders and super-strength beers are, however, a breed apart. They are not only very strong but very cheap.

JK is a 44-year-old hostel resident at Thames Reach’s Graham House where he has spent the last 14 months after spending a decade sleeping rough and refusing all offers of support.

He struggles with an addiction to high-strength ciders and, at its worst, he was drinking 12 cans a day. Following a spell in detox he has reduced the amount he is drinking but he still has demons haunting him – one year ago, his 30-year-old girlfriend K died from an illness related to her high-strength cider habit. He shows me the photo on his mobile phone of K smiling.

JK said: “I’ve suffered both physically and mentally because of these drinks. They’re too strong. It clouds everything I do. Stay away from them. I puke for hours on end every morning.”

He added: “These drinks should be wiped out, taken off the shelves. They’re worse than crack. I wish my girlfriend was still here. High-strength cider is murder in a can.”

That’s why we have been campaigning for over a decade to raise taxation on these dangerous drinks – all the major studies on alcohol indicate the price is one of the key factors in influencing what people drink – and have also called on the drinks industry to behave more responsibly.

We’ve had some significant successes, including the consumption of 9% super-strength beer falling by a quarter in the UK, after we successfully lobbied the Government to create a higher band of duty in 2011, while the drinks manufacturer Heineken removed all of its high-strength cider from sale in the UK after visiting one of our hostels.

A previous attempt by Government to tackle the problem of high-strength ciders failed, as the suggested policy affected all ciders, including weaker brands and even those sold in pubs.

We think a much more targeted response is needed to tackle high-strength ciders, a relatively new phenomenon which emerged in the 1990s, and the dangers of which have now become very apparent.

We are now working in partnership with the Alcohol Health Alliance UK (AHA), a group of more than 50 non-governmental organisations, which work together to promote evidence-based policies to reduce the damage caused by alcohol misuse.

The aim is to highlight the dangers of cheap high-strength 7.5% white ciders, the very low levels of duty on these drinks, and to press for an additional band of duty, at a significantly higher rate, between 5.6 and 7.5% ABV.

Our aim is to encourage existing drinkers to switch to weaker products and to prevent a new generation of people, including teenagers experimenting with alcohol for the first time, from falling victim to these dangerous drinks.

In a bid to save lives, we believe the duty on high-strength ciders should be increased.