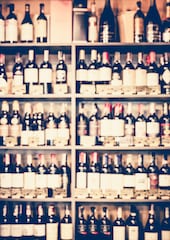 In 1850, the French economist Frederic Bastiat wrote the parable of a shopkeeper whose window is smashed. Aghast at the damage, the shopkeeper is consoled with the idea that at least his broken windows are good for the economy, since “Everybody must live, and what would become of the glaziers if panes of glass were never broken?”

The alcohol industry is, in some ways, like the glazier of Bastiat’s story. Global alcohol producers profit from harmful behaviour. And they, too, try to defend themselves with the promise of employment and income. Such appeals to the economic benefits of a thriving alcohol industry have become deafening in recent weeks, as lobbying continues for cuts to alcohol duty in March’s Budget.

Bastiat would have seen right through them, and urged us to pay attention to “that which is not seen” – the counterfactual. If the shopkeeper did not have to pay for a new window, he could have spent the money on repairing his shoes, and in so doing, supported the cobbler’s business. Similarly, if people do not spend money on drink, they will buy other products, and support other industries. We do not need to wreck windows or drinkers’ lives for the good of the economy.

The Institute of Alcohol Studies’ new report, Splitting the Bill: Alcohol’s Impact on the Economy lays out this argument in more detail. It walks through the economic consequences of a fall in alcohol consumption to show that they are not to be feared. To begin with, just because people drink less does not necessarily mean they will spend less on alcohol: they may simply choose to buy more expensive drinks. Indeed, we find that the negative effects on the alcohol industry of a 13% fall in per capita alcohol consumption between 2004 and 2014 were more than compensated for by premiumisation, price increases and population growth. The fact that real-terms industry revenue did fall is due to the simultaneous shift in people’s drinking from pubs (where drinks are more expensive) to supermarkets (where they are cheaper).

Even if spending on alcohol does fall, this is unlikely to cause significant economic harm. Lower spending on alcohol would have an ambiguous effect on demand for goods and services in the economy: depending on the proportion that was saved, the types of product that were bought instead and the response of government fiscal policy, aggregate demand could rise or fall. By contrast, the impact on the supply side of the economy – the country’s maximum productive capacity – would almost certainly be positive. Alcohol consumption is associated with higher rates of sickness absence, ‘presenteeism’ (when people make it into work but perform below their optimal level), unemployment and premature death. Government estimates suggest that these cost the economy in the order of £8-11 billion, between 0.4-0.6% of GDP, each year. Reducing alcohol consumption would increase labour supply and productivity, and so increase the economy’s capacity to produce goods and services.

So, to sum up, lower alcohol consumption and spending would increase the amount of goods and services that the economy can produce, but have an ambiguous effect on consumers’ willingness and ability to buy those goods. Whether this is good overall for the economy depends on whether economic growth is constrained more by producers’ capacity to make and sell or consumers’ demand. As it happens, the Office for Budget Responsibility estimates that the UK economy is very close to running into capacity constraints: it is just 0.2% below its full productive potential. This implies that the UK economy’s priority should be boosting the supply side of the economy, as lower alcohol consumption would do.

These are fairly abstract theoretical arguments, but they are supported by real-world evidence. A 2014 econometric study comparing the growth rates of US states between 1971 and 2014 found that a 10% increase in per capita beer consumption is associated with a 0.41 percentage point drop in annual income growth. In other words, it suggests reducing alcohol consumption is good for the economy.

Economic considerations are likely to be at the front of the Chancellor’s mind as he deliberates over whether to raise or cut alcohol duty. But the economy is only part of the story – alcohol, particularly cheap alcohol – causes immense harm to individuals and families up and down the country, and taxes should rise to account for this damage. Yet even on narrowly economic grounds, cuts to duty represent a false economy.