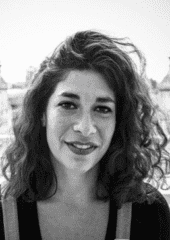 Family Drug and Alcohol Courts (FDACs) offer an alternative approach to ordinary care proceedings. FDAC works with families and their professional networks to achieve better outcomes for children and families involved in care proceedings by helping parents control their substance misuse and other related problems so they can be safely reunited with their children. Using a problem-solving court approach and resources that FDAC can be sure of accessing quickly from the network of partner agencies or its own service, FDAC tests whether parents can achieve change in a timescale compatible with their children’s needs.

Where this is not possible, FDAC aims to ensure that the best possible evidence is before the court and that parents feel they have been fairly treated and understand why their children cannot return to them.

FDAC lasts approximately 26 weeks, which is the court timescale for making decisions about removing children from their parents. At the beginning of this process, the FDAC therapeutic team designs a ‘trial for change’, an individualised programme of assessment, treatment and support for each parent. The ‘trial for change’ helps parents to tackle the problems that are preventing them from parenting their children safely, especially drug and alcohol misuse, domestic abuse and mental health problems. As well as focusing on solvable problems FDAC works to strengthen parent-child relationships and to help families build a lifestyle that is safe and child centred.

In cases where parents have made progress but some further evidence is needed before a final order can be made, an extension to 26 weeks may be granted by the court.

Unlike ordinary care proceedings, in FDACs the specially trained FDAC judge holds fortnightly court reviews with parents, in addition to the usual court hearings with lawyers present. These reviews take place without lawyers and are an opportunity for the parents to reflect on progress made in the previous two weeks and set goals for the following fortnight according to the ‘trial for change’. The FDAC Judge works in collaboration with the FDAC specialist team and other professionals. Before each fortnightly hearing, the FDAC team circulate a review report updating the Judge and the other parties on the progress the parent has made.

All parents have an FDAC keyworker and they are expected to attend keywork sessions weekly and drug and alcohol testing appointments bi-weekly. Therapeutic keywork sessions are tailored to the parents’ needs and the model utilises the skills and expertise of the FDAC multi-disciplinary team. The keyworker also coordinates provision of services for the parents by other professionals’ agencies, makes sure parents are attending appointments, and gets feedback on the parents’ progress from the network working with the family. Interventions for parents, provided by the FDAC team or by others can include: motivational interviewing, Video Interactive Guidance, Narrative Exposure Therapy, Cognitive Analytic Therapy, substance misuse awareness, family therapy. Parents are also expected to attend suitable group interventions held at FDAC or by other service providers in support of their family’s needs in relation to: parenting, anxiety, domestic abuse.

“The intensity of the relationship that FDAC builds with parents is good. Parents see them as a team that really is trying to help them keep their child. FDAC can establish that relationship very quickly.” (Social work manager)

The independent evaluation of FDAC carried out by Brunel University and funded by the Nuffield Foundation found that FDAC was more successful than ordinary proceedings in helping parents achieve abstinence from drugs and alcohol and thus enabled more children to be reunified with their parents. More recently, a follow up study by teams at Lancaster and Brunel found that 5 years after the end of the care proceedings, FDAC mothers who had been reunited with their children were significantly less likely to have gone back to misusing drugs and alcohol, and that reunified FDAC families were less likely to experience disruption following the end of proceedings. The research also established that FDAC operates in line with problem solving principles, and that parents, professionals, and judges who have experience of FDAC are overwhelmingly positive about the model, which they describe as transparent and fair. The research findings can be accessed here: http://wp.lancs.ac.uk/cfj-fdac/publications/

As well as being a fairer way of dealing with families, and producing better outcomes for children and families, evidence from the Centre for Justice Innovation reveals that FDAC saves the taxpayer £2.30 for every £1 spent. On average an FDAC cases costs £12,000. The extra support and supervision provided by FDAC helps more children return safely to their families, meaning that less per case is spent on adoption and fostering. Parents going through FDAC are more likely to overcome their drug and alcohol problems. This saves by reducing both the amount that Public Health and the NHS spends treating parents and that the criminal justice system spends prosecuting drug-related crime. In addition, families who appear in FDAC are less likely to return to court, making significant savings on court and legal costs.

There are now 13 FDAC teams, linked to 16 courts and 21 local authorities. The longest running FDAC – based at the Central London Family Court – has been in operation for over 8 years, while the newest FDAC has been operating for 9 months.

The FDAC National Unit hopes that in the future FDAC will be available much more widely. However, FDACs are currently facing challenging times given the financial pressures on children’s services. The FDAC National Unit is working with local authorities, government departments and others to identify sustainable funding models.

We are delighted that the research is showing that FDAC has a lasting effect on families where substance misuse problems are at the heart of their difficulties. We are hopeful that this will encourage more areas to think about setting up their own FDACs.

he FDAC National Unit was set up in April 2015 to extend the benefits of the FDAC approach to more children and families by supporting the growth of new FDACs. Funding for the unit in the first year was from the Department for Education Innovation Programme and funding for this year has come from the Department for Education and the Ministry of Justice. The lead organisation in the FDAC National Unit is the Tavistock and Portman NHS Foundation Trust and the other partners are Coram, Centre for Justice Innovation, RyanTunnardBrown and Lancaster University.