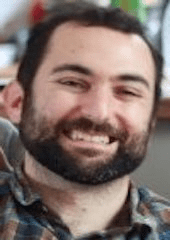 Such initiatives are used to demonstrate that alcohol producers are good corporate citizens, who care about how their product is consumed and are trying to reduce the harmful effects of alcohol consumption. Indeed, the level of investment and widespread use of such messages is notable, and perhaps surprising, considering that organisations such as the Organization for Economic Co-operation and Development, the British Medical Association and indeed the available empirical evidence support the view that education messages by private sponsors have no significant public health effects. Conversely, evidence-based policies that could contribute to a reduction in alcohol harm through addressing alcohol affordability, marketing or availability are met with stiff resistance by alcohol industry representatives. To an impartial observer, this stance might seem to be in contradiction with the ‘good corporate citizen’ persona above. That is because it is.

In which case, what exactly is meant by responsible drinking messages, and what do industry bodies hope to achieve through them?

Earlier research examining viewer responses to responsible drinking TV adverts reported very diverse audience interpretations (reflecting the vague nature of the messages), which nonetheless led to an overall more favourable view of the message sponsor. This led to the observation that these messages were ‘strategically ambiguous.’ A separate analysis of 197 unique ‘drink responsibly’ messages in magazine and newspaper adverts in the US found that they never defined responsible drinking or promoted abstinence, nor made any link between warnings and the activities conveyed in the adverts. So it’s clear that the communications to consumers in these contexts are very vague.

In order to examine this further, and to get a better understanding of the strategic intent behind ‘responsible drinking’, we recently conducted a documentary analysis. Instead of focusing on adverts, we chose to analyse publicly available material produced by the alcohol industry and industry-associated organisations over a two year period. The documents included annual reports, press releases, shareholder presentations and web content from two large alcohol companies, and several industry-funded ‘social aspect/public relation organisations’ or SAPROs. To see whether there were differences between industry and non-industry bodies in how ‘responsible drinking’ and associated terms were used, we also examined documents from the World Health Organization, Public Health England, Addaction (which has received some industry funding), and Alcohol Concern.

Our results show that ‘responsible drinking’ as a term was used almost exclusively by industry or industry-funded organisations. And what does the term mean?

Well, as had been previously reported, ‘responsible drinking’ was not clearly defined in relation to a particular level of alcohol consumption. This might seem like an obvious finding based on earlier research, but we found it striking that it would not even be defined in annual reports, evaluations summarising responsible drinking initiatives, or even on websites where space is not constrained as it would be in an advert. For example, the International Alliance on Responsible Drinking defined it as: ‘…the enjoyment of alcohol drinks by adults who choose to drink in a manner that does not harm others and minimizes risk of harm to the consumer’. Responsible drinking initiatives were usually associated by industry bodies with behaviours like drink driving, getting home safe, crime reduction, or binge drinking, but didn’t promote low-risk consumption, or mention non-communicable disease, which represents a large proportion of alcohol-related harm.

Even when the industry did discuss health and ‘moderate drinking’ (which is a term widely used by non-industry bodies and typically defined in accordance with national drinking guidelines) it often made this association unclear by including many other parameters and caveats. For example, according to DrinkIQ: ‘Drinking more than the recommended daily limits of alcohol can have both immediate and long-term effects on your body. In moderation, drinking can be part of a balanced lifestyle… in excess, the effects can potentially be harmful – it all depends on how, when, and how much you consume, plus your age and other characteristics.’

So it’s clear that ‘responsible drinking’ is consistently vague, and that ‘moderate drinking’ is at times being defined in inconsistent ways, even when a clearer definition is available. This contradiction mirrors the focus on vague, ineffective ways to reduce alcohol harm when better options are available.

An excellent example of this exists in the form of a 1992 shareholder resolution (made public through their co-ownership by Phillip Morris). It reveals that SAB Miller’s shareholders, concerned that moderate drinking was being communicated too vaguely by the company, requested that they ‘adopt the definition of moderate drinking used by the federal government.’ Unfortunately, access to the response to this resolution is blocked. However, SAB Miller’s current ‘TalkingAlcohol.com’ responsible drinking site states: ‘There is no single definition of ‘moderate drinking’. Some say it’s drinking that doesn’t cause problems for the drinker or for society. Others suggest it’s about drinking within the range that maximises the known benefits of alcohol consumption without substantially increasing the risks. One way of thinking about it is to look at some of the general guidelines available and consider how they fit your circumstances.’ An impartial observer, at this point, may at this point be recalling the ‘good corporate citizen’ claim for further scrutiny.

In fact, the real reasons for the focus on responsible drinking messages and campaigns became clearer when we examined annual reports. In one portion of their annual report, Diageo explicitly links responsible drinking to reputation: ‘Through our focus on responsible drinking we have built a reputation as a leading voice in the industry in North America, our largest market.’ In the risk analysis section, the annual report explicitly links ‘failure to address concerns of multiple stakeholders about the promotion and consumption of alcohol’ with the risk of ‘one or more governments imposing restrictions on access and/or increase tax and/or duty. They propose to mitigate this risk by, ‘increasing knowledge about alcohol among stakeholders and consumers by providing information on packaging, online, and via training courses.’

Considering these findings, it is concerning that language around responsible drinking has become part of political discourse, particularly through the UK Government’s widely criticised Responsibility Deal with the alcohol industry. Public health practitioners and policy makers should be aware of the derivation and strategic goals of ‘responsible drinking’ messages and mindful of how the concept of ‘moderate drinking’ is used by industry and industry-funded bodies.