Anytime, Anyplace, Anywhere? Comparing policies that regulate physical availability of alcohol in Australia and the UKonepiecejigsaw2020-12-15T15:26:31+00:00 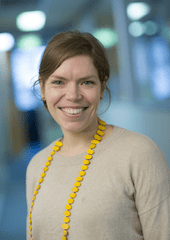 Australia and the United Kingdom (UK) have similar drinking cultures and patterns of alcohol harm, particularly in relation to crime and violence. While both countries regulate the physical and temporal availability of alcohol, a recent review provided the first comparative analysis of these approaches to reduce alcohol harm in Australia and the UK; in other words, policies that relate to alcohol licensing.

The report lands at an opportune time, with governments across Australia showing worrying signs of an aversion to proven policy solutions, and as we witness the creeping influence of an aggressive alcohol industry.

Last week the NSW government passed legislation that significantly watered down the states ‘Three Strikes’ laws, a scheme designed to ensure licensed venues across New South Wales comply with liquor regulation; a move which puts the safety of patrons and local communities at increased risk.

In Queensland earlier this year, Gold Coast Mayor Tom Tate began a push for 24-hour liquor licensing, calling for a three-month trial during next year’s Commonwealth Games. This is at odds with the Queensland Government’s recent moves to regulate late-night trade through its Last Drinks policy.

More widely, we witness misguided, nation-wide political rhetoric that ties cities night-time vibrancy to the increased availability of alcohol. Yet, while the relationship between harms and the number, density and trading hours of licensed premises is complicated, there is good evidence that when these are controlled, the harms from alcohol also decline.

It is well known that increased trading hours are associated with higher rates of alcohol-related harm, while curbing excessively late terminal hours reduces problems. For example, bringing forward 5am closing times to 3am in the Kings Cross area of Sydney, in conjunction with other measures such as lockouts (one-way doors), was associated with a 45.1 per cent reduction observed in the number of non-domestic assaults. In addition, alcohol-related serious injury presentations to the local St Vincent’s Hospital reduced by a quarter during peak periods, and the changes seem to have stimulated greater economic diversity earlier in the evening. Local government in the UK can in theory curb excessive closing times where these are causing a problem, using Early Morning Restriction Orders, but due to a range of problems this policy has never been used, and probably never will in its current form.

There are limited options to significantly reduce the physical density of alcohol outlets in either the UK or Australia. In England and Wales, to slow the growth of the number of licensed premises, local governments can impose Cumulative Impact Policies (CIPs). In Scotland, overprovision policies require local government to assess whether their area has an overprovision of alcohol outlets, but similar to CIPs they are not capable of routinely reducing premise numbers. While outside the scope of this report, Alcohol Focus Scotland has recently proposed a national Scottish strategy to reduce the availability of alcohol.

Another feature of Scottish liquor licensing, that distinguishes it from England and Wales, is their specific health objective, which allows for a wider range of health concerns to be taken into account. This is not a straightforward process. Some Australia states have taken a different approach, incorporating ‘harm minimisation’ as a primary object within licensing laws. This has also achieved mixed results. The obstacles faced by these differing approaches to health issues are remarkably similar, revolving around what is seen as appropriate ‘evidence’, how this is dealt with, and where the burden of proof lies. In almost all jurisdictions across Australia and the UK, the application process assumes that a new licence venue poses no concern to the community. The burden is placed on the police, local government or local residents to raise an objection. However, in Western Australia, the burden of proof lies with the applicant to demonstrate the licence will be in the public interest. This provides licensing authorities with greater ability to reject unsuitable applications, and reduces the burden on communities to monitor and object to unwelcome developments.

Businesses in Australia and the UK also form similar industry voluntary schemes. Although there are many different forms, these typically aim to increase patronage to licensed premises, raise standards and improve compliance with the law. Some also deal with individual ‘troublemakers’ (for example, by banning them from all local pubs). They rarely include measures that pose any threat to profits. There have been very few attempts to evaluate these schemes. Those that have been conducted have either not observed a significant reduction in alcohol-related harm, or have not been able to attribute these reductions to the voluntary scheme. Although some schemes appear to increase cooperation between the licensed trade and local regulators, this does not necessarily lead to a reduction in violence or harm.

Based upon the recent review of policies targeting the availability of alcohol in Australia and the UK, it is clear that some are better than others. Legislation should empower licensing authorities to curb excessively late opening times for clubs and bars to reduce rates of alcohol harm, and the burden on police, emergency and public health services. At the same time, these policies are likely to support diversification of local businesses. Licensing systems should also better facilitate the engagement of local residents. Government support for industry voluntary schemes should be deprioritised in place of policies supported by evidence. Finally, data on alcohol related incidents should be collected in a detailed and consistent manner to guide policy development and evaluation.

There is strong evidence demonstrating the effectiveness of many of these policies in reducing alcohol-related harms. What is lacking is political leadership and a will to adopt these evidence-based policies. Anytime, Anyplace, Anywhere serves to assist those authorities with a genuine interest in stopping alcohol harm.