Might innovative taxes on alcohol and other unhealthy commodity products help fund the NHS?onepiecejigsaw2020-12-15T15:26:23+00:00 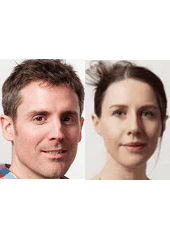 The essence of a satisfactory health service is that the rich and the poor are treated alike, that poverty is not a disability, and wealth is not advantaged’. That vision, outlined by Aneurin Bevan 65 years ago, continues to attract widespread popular support, but it is under threat as never before. Such an outcome is unnecessary. There is no public appetite for a wholesale shift from equitable financing of health services. Survey evidence suggests that only a minority of people are unprepared to pay higher taxes in order to improve health care ‘for all people in Britain’. And the NHS offers the population good value for money: the UK spends around a third less per person on health than countries such as France, Germany and Sweden. If the UK were to raise the resources the NHS to similar levels, there would be no crisis. Yet a debate on how to do so is only just beginning.

When politicians raise the prospect of increasing or lowering taxes, there’s a tendency to focus on income taxes, consumer product taxes and corporate taxes. Each of these approaches has benefits and drawbacks. Income taxes tend to be progressive in the UK – those earning more are required to contribute a larger share of their income to the public pot. Research also demonstrates that increases in the higher tax rates would benefit the majority of the population. But media coverage often tells a different story, and there is reluctance even among left-of-centre politicians to commit to large increases in public spending by increasing taxes on the wealthy

Indirect taxes on consumer products, such as Value Added Tax (VAT) and ‘sin taxes’ (taxes on unhealthy products such as alcohol and tobacco) do not always attract the same level of media or public resistance.

However, there are some fundamental problems with using these kind of taxes to fund health services. First, in high income contexts, where smokers tend to be poorer, they are regressive – people on lower incomes spend a greater proportion of their incomes on these products, so they would bear a disproportionate share of the tax burden. Second, the very fact that these taxes tend to be successful in curbing consumption (e.g. people quitting or reducing the amount they smoke and drink) makes the revenue stream much less stable and predictable.

From a public perspective, corporate taxes might be more popular. Yet, while taxing companies, rather than individuals, might seem attractive, many economists agree that traditional corporation taxes are problematic for two fundamental reasons. First, since it is, nonetheless, ultimately individuals who end up paying the taxes, levying taxes on corporations can simply make it less clear who is paying (the executive, the workforce, the customers?). Second, there are concerns around feasibility: each time the government comes up with new rules on how corporations will be taxed, new loopholes are identified -and it is often the larger, wealthier companies that lead the way. This makes it difficult both to understand who, ultimately, is paying corporate taxes and to predict what the associated revenue will be.

The limitations of these approaches provide considerable ammunition for the corporations, right-of-centre think tanks and journalists that routinely lobby against any means of raising resources for higher public spending. In this context, it may be time to consider more innovative approaches. One obvious option is to start hypothecating (‘earmarking’) some taxes specifically for health spending. Evidence indicates that the process of assigning tax revenues to specific purposes may help increase public acceptability. This is presumably because it allows voters to make a stronger connection between the taxes they pay and the things they are paying for. It seems reasonable to expect that a proposal for a new tax, or an increase in an existing one, would be better supported by the public if they knew it was going to the NHS, a service that commands broad support. Yet the evidence we have reviewed shows hypothecation is not a panacea. Opponents of such taxes, including commercial interests, often point out – frequently on reasonable grounds, unfortunately – that funds end up being redirected to objectives that have less public support. Indeed, without detailed plans for spending in the absence of the new tax or tax increase, it is hard to establish that tax receipts have been spent on the things claimed in the original proposals.

A more innovative approach was recently trialled in Scotland, where, from 2012-2015, large retailers that sold both tobacco and alcohol products were subject to a Public Health Supplement (an additional tax that levied through the business rates system). This was presented by the Scottish Government as a means of addressing the health and social problems associated with alcohol and tobacco use while raising funds for ‘preventative spending’. Because the tax operated via business rates, it was hard for retailers to avoid. And the supermarkets did the maths and established that they were better off selling tobacco and alcohol and paying the tax: hence, the capacity of the tax to actual change retailer behaviour was limited. But because it was technically difficult and uneconomic to avoid paying the tax, the revenues could be predicted with remarkable accuracy. It was also a difficult tax for supermarkets to pass on to specific customers, so it was not regressive.

It was an effective way of raising money but, as might be expected, it faced determined opposition from affected retailers. One of their most compelling arguments was that the revenue raised by the tax was not being spent on health, and that the public health labelling was therefore misleading. The levy was discontinued after just three years, in 2015 – and it is notable that this decision went unopposed in the public health community.

Another example, at an earlier stage of implementation, is the new soft drinks industry levy, announced in the Budget earlier this year. This is intended to “tackle childhood obesity, by incentivising companies to reduce the sugar in the drinks they sell”, with the resulting revenues (at least in England) earmarked for funding sports in primary school. The impact of this policy is yet to be seen.

As the pressure on health (and other) budgets deepens in the context of Brexit, governments have to think smartly about how to raise more money. We need to have much more public and political debate about how new taxes might be designed to support the health of the population without compromising revenues or exacerbating poverty. We need to be asking whether the public can be persuaded that an addition to their tax bills is a price worth paying for health and other public services – an argument they appear ready and willing to hear. And we need to get better at protecting the sustainability of new revenue streams in the face of powerful anti-tax lobbies. In the context of the scale of the challenges facing the NHS (and other public services impacting on public health) developing answers to these questions is essential, if Bevan’s 65-year-old vision is to be preserved.