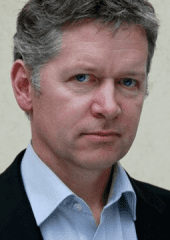 The devastation wreaked by high strength ciders and lagers on the lives of homeless men and women is extraordinary and intolerable – except that we tolerate it. The strength and the cheapness is a fatal combination. A three-litre bottle of high strength (7.5%) white cider can cost as little as £3.50 and contains the same amount of alcohol as 22 shots of vodka. Nationally, these drinks cut swathes through a population of alcohol-dependent, highly vulnerable men and woman, a ghoulish harvest to which we are in danger of becoming desensitised. Statistics from a recent internal report focusing on four Thames Reach hostels for former rough sleepers records that of the 15 hostel residents who died during the year, twelve died from health problems related to alcohol or alcohol combined with drug misuse. The average age of death was 52.

These reports, collated from contemporaneous records written over the year make grim reading: ‘P was a heavy drinker and had severe physical frailty. P was found unresponsive in his room. Cardiopulmonary resuscitation was done on him until the paramedics came but nothing could save him’. The dominant, ubiquitous grip of high strength lagers and ciders cannot be understated. In this same report it was noted that for 88% of dependent drinkers in our hostels these were the drinks of choice or, as one of my colleagues sourly put it, the drinks of bondage.

Some months back we received a visit to one of our hostels from a senior executive at Aston Manor, the company which produces Frosty Jack’s, a best-selling high strength white cider. Thames Reach, alongside other charities supporting people with alcohol dependency problems has been campaigning to secure an increase in the price of high strength lagers and ciders. Evidence shows that increasing the price of high strength alcohol influences people to switch to cheaper, lower strength drinks. Our experience is that, when this can be achieved, health improvements follow and the periods of sobriety when we can work effectively with individuals to help them tackle their destructive drinking and address the underlying factors driving it will lengthen. Our visitor wanted to see directly the impact of high strength ciders on a vulnerable group of individuals and discuss our concerns. The residents at our hostel have often slept rough for years. The more seriously dependent will frequently drink ten cans of, for example, K cider in a day. This represents 40 units of alcohol. The Government’s Chief Medical Officer advises that we should not regularly drink more than 14 units of alcohol in a week.

We had a frank and illuminating conversation with the man from Aston Manor who showed a genuine interest in exploring how the company’s products, notably Frosty Jack’s, could become less harmful to those heavily addicted to high strength alcohol. Then, unexpectedly, we entered into a bizarre exchange concerning what he believed to be the changing profile of Frosty Jack’s consumers and drinking behaviours. He explained that the purchasers of Frosty Jack’s were becoming increasingly diverse with evidence that it was now being taken to dinner parties, no longer encumbered by connotations of ‘park bench’ drinking. The quick grin that I expected to follow, indicating that I was on the receiving end of some self-deprecating humour didn’t come. This, it seemed, was a seriously held view.

Before our meeting I had entered ‘Frosty Jack’s’ as a Twitter search and was unsurprised to see that the bulk of the comments focused on excessive drinking and regretful inebriation. The butt of the jokes were people on low incomes with perceived poor taste and young people below the age when they can legally purchase alcohol, typically drinking Frosty Jack’s clandestinely in the park. The language used included: ‘low life’, ‘dossers’ and ‘chavs’. The executive from Aston Manor seemed genuinely disappointed to hear this. Privately I reflected that delusional beliefs associated with alcohol are not just the preserve of the addicted.

The campaign to reduce the damage caused by high strength ciders has had some impact on government which has formally consulted on the levels of duty that should be applied to the products. Supported by the Alcohol Health Alliance, we have made our submission and await the government’s response, hoping that a rise in duty and subsequent increase in price will result. We know that if this can be achieved it will create the impetus to move dependent drinkers to lower strength, less damaging brands.

The step of moving from a high strength cider to one with half the ABV may seem inconsequential, but in the frontline battle to help people live long and fulfilling lives instead of short, embittered and painful ones, it is crucial. Sometimes we get a breakthrough. Last week, my colleague Dave told me with pride about how his team had successfully ‘weaned’ hostel resident Jimmy off of K cider onto a 3% brand. Jimmy was well known for frequently being so disorientated that he needed to ask staff whether it was morning or evening. After only two weeks on the lower strength cider he was eating better, keeping himself clean, not wetting his bed and, to Dave’s considerable relief, ‘not kicking off at the drop of a hat’.

In his Budget statement on 22 November, the Chancellor is likely to announce the outcome of the consultation on high strength cider duty. Hopefully he will tell us that he is increasing the level of duty which will almost certainly lead to an increase in the price of products like Frosty Jack’s. If he does, he will be handing people like Jimmy a lifeline.

Adapted from the Ending Homelessness in London blog written by Jeremy Swain, chief executive of Thames Reach, a charity working with homeless and socially excluded people. Original article was published on 30 October 2017.