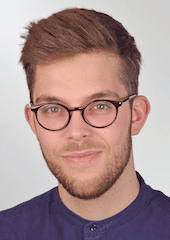 Every year, €25 million Euros’ worth of alcohol advertising reaches Swedish television viewers, and the amount has been increasing rapidly over the past decade. This might come as a surprise to the lucky few with a detailed historical knowledge of Swedish alcohol legislation. Since 1979, all alcohol advertising has been explicitly banned on television in Sweden, before commercial channels were even allowed to broadcast in the terrestrial network. So how do these channels do it?

It took until 2010 for legislators to open their eyes to the fact that the country-of-origin principle was abused by broadcasters who prioritised profits over public health. To try to remedy this, a process was added in the AVMS-Directive under which broadcasts could be made to comply with national legislation subject to certain requirements. The Swedish organisation IOGT-NTO quickly reported the broadcasters in question to the Swedish authorities. Back then, no one could have guessed that the process would take seven years to finish.

On 31 January 2018, the European Commission’s final reply came: Swedish authorities were not allowed to take action against the broadcasters. The Commission did not think that Sweden had sufficiently proved that the broadcasters placed themselves in the UK in order to avoid Swedish alcohol marketing law – a necessary requirement under the Directive.

Does that mean we have to sit-down and accept the situation as is?

There are several ways forward. The most obvious would be to change the AVMS-Directive. The country-of-origin principle seems to be here to stay. But after almost 30 years, there is a case for making it fit for purpose by updating the process for determining circumvention. Under today’s rules, the broadcaster’s intent at the time of establishment has to be proven. This, of course, raises the question of how you prove what a company was thinking decades ago. At best, this borders on the impossible, as the Commission’s decision in the Swedish case shows.

Marketing rules create a strong economic incentive for circumvention and merit being addressed separately in the Directive. A meaningful procedure for determining circumvention also needs to drop the focus on intent at the time of establishment of a broadcaster. This requirement makes the protection worthless for countries like Ireland that want to – but haven’t yet – adopted strong alcohol marketing laws and who already receive many broadcasts from abroad. The requirement to provide absolute proof of intent of circumvention also needs to be eased.

Another possibility would be if the British government or TV-regulator adopted a code for broadcasters under British jurisdiction stating that they need to respect the alcohol marketing laws in jurisdictions they are broadcasting to. This, however, might require some bilateral pressure from affected countries.

Last but not least, Brexit is another factor that could come into play. Should the UK decide to step out of the Directive and thus the country-of-origin principle, it could potentially open the door for Sweden to regulate the broadcasters. However, Brexit could mean that the broadcasters will take the opportunity to move from the UK. Only time can tell what that would mean for the question of alcohol marketing.

One thing is clear: for IOGT-NTO the struggle isn’t over yet. The Commission’s decision means the waiting is over and that it is time to find new ways forward.