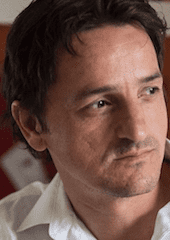 Alcohol misuse creates a serious health cost for individuals and society; recent estimates from Public Health England have put the economic burden of alcohol related crime, lost output and ill health at between £27 and £52 billion annually. Other stats in the PHE report were no less alarming: there are more than one million alcohol-related hospital admissions each year, half of which occur among the most deprived groups; alcohol is the leading cause of death among 15 to 49 year-olds: alcohol caused more years of life lost to the workforce than from the 10 most common cancers combined – in 2015 there were 167,000 years of working life lost.

Lots of people do, of course, use alcohol moderately and enjoyably – with minimal harms, but the huge health and social costs of misuse cannot be ignored by policy makers. So what can they do? How can policy help moderate the most harmful behaviours without unfairly impacting on the freedom of consumers to enjoy the pleasures of drinking?

Many of the responses are fairly obvious: investing in public education on alcohol related risk and risk reduction to help people make responsible choices is one, but in the UK alcohol education is hopelessly underfunded, or controlled and funded by the alcohol industry itself – in the form of the useless drinkaware website. Restrictions on lifestyle marketing and event sponsorship is another possibility. But again one the UK has fallen down on, even despite the obvious successes of such restrictions in reducing harmful smoked tobacco use. Whilst some countries, such as France, have ended such activity, alcohol brands are still able to sponsor youth oriented music and cultural events, as well as sports teams and competitions in the UK. The UK Olympic team in Rio was sponsored by Strongbow cider.

Price controls have been identified by the World Health Organisation (WHO) as one of the most cost effective ways to moderate harmful consumption. The impact of changes in alcohol pricing on consumption have been extensively studied – and it is clear that increasing prices tends to reduce consumption, and decreasing prices tends to increase consumption. This pattern appears to be the case across drinks categories, for moderate and heavy drinkers, and particularly for a key population of concern – youthful drinkers. Price controls have traditionally been in the form of excise taxes – which when increased, assuming the increase is passed onto consumers, have resulted in reduced consumption, as well as generation of tax revenue for government. Tiered tax regimes, with higher taxes on more potent and risky products have also been shown to further reduce total consumption and harms.

Minimum unit pricing (MUP) is an additional form of price control that specifically targets very cheap alcohol most commonly used by youth and problematic drinkers. A reasonable argument is sometimes made that MUP unfairly targets the poor – but modelling suggests that it is a fairer approach than across the board tax rises, as an MUP of 50p (as proposed in Scotland) would reduce consumption by harmful drinkers by 5.4% compared with 1% for moderate drinkers. By contrast, increasing alcohol prices by 10% across the board would have a slightly greater effect on harmful drinkers (5.8%) but would penalise moderate drinkers more, reducing consumption by 4.4%. This has been borne out in Canada where some provinces have experimented with MUP. In British Colombia, for example, increasing the MUP reduced consumption and hospital admissions.

Free market libertarians bristle at the suggestion of any state intervention in the market, arguing that the market is more than capable of self-regulating. But experiences over the past century and the public health disaster associated with alcohol show that self-regulation has failed. Alcohol companies naturally seek to avoid any kind of regulation that reduces consumption and the 5% of heaviest drinkers account for around 30% of all alcohol consumed. Problematic drinking is also very profitable – and alcohol companies exist to make profits, not encourage healthy lifestyles as we might reasonably expect governments to do.

There will always be an important debate about the extent to which governments should regulate markets and impose itself on the freedoms of both individuals and commercial entities. But the context here is that alcohol is, to quote Barbor, ‘no ordinary commodity’. It can (unlike smoked tobacco) be used relatively safely, but the risks and actual harms we see all around us do justify a level of state intervention in the alcohol market over and above that we would expect for, say, conventional groceries. At the moment alcohol in the UK actually experiences a privileged position – with no obligation to include ingredients listings like other beverages, and no obligation to include health warnings like other drugs. Just because a drug is legal doesn’t mean it is regulated appropriately. We have made very positive progress with tobacco in recent years – whilst still respecting the rights of users to buy and consume.

We have some way to go with alcohol but MUP is a welcome step in the right direction, for Scotland at least. The Home Secretary Theresa May in 2013, under intense pressure from the alcohol industry, rejected the idea of MUP as recommended by PHE and the indeed the expertise of the entire medical establishment, claiming to be ‘awaiting conclusive evidence’. Hopefully Scotland will now be able to provide this and the sorry list of excuses will finally be exhausted. In the meantime, the familiar drug policy leadership vaccuum in Westminster will again mean more avoidable harm and more lives needlessly lost.

Written by Steve Rolles, Senior Policy Analyst at independent drugs regulation thinktank Transform. This article was originally published on the Transform website in 2017.