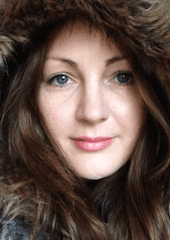 There was a controversial piece on the Mail Online recently, entitled ‘Pregnant women reveal why they REFUSE to ditch alcohol in shocking confessions (and some say they’re ‘sick’ of being judged for it)‘.

Oh, how the Mail Online loves to stir up controversy. To put the proverbial cat among the pigeons. To whip its readers into a judgemental frenzy. And it had the desired effect, of course. Hundreds of comments poured in; ranging from outraged critics blasting the pregnant women who ‘REFUSE to ditch alcohol’ (note the inflammatory capitals), to those making dangerously ignorant comments such as ’20 years ago we all drank and smoked thoughout pregnancy and all the babies were fine!’ (Were the babies fine though? Really? Or were they underweight and premature as a result?)

Here’s the thing. I’m not surprised that only 40% of women stop drinking altogether during pregnancy. Because I see pregnant women pushed into drinking all the time. One of my friends went to a party at eight months pregnant and was pressurised so keenly into having ‘just one!’ glass of champagne, that she ended up just holding a glass, like a pressure-deflecting prop. Later, she secretly ditched it.

I was at a baby shower recently and witnessed the chorus of ‘one won’t hurt!’ toward the mother-to-be, who eventually gave in and reluctantly sipped a glass of Sauvignon Blanc. She didn’t finish it. I don’t think she even wanted it in the first place.

The medical tide is turning against alcohol. We all know by now that the new NHS advice is that the ‘safest approach is not to drink at all, to keep risks to your baby to a minimum.’ Gone are the days that a unit or two a week are considered OK for the baby. Yet the ‘one won’t hurt!’ drink-pushing persists. I wonder if it’s time for some sort of public health campaign encouraging people to help and support pregnant women in their non-drinking.

When you’re at a party, the absolute last thing you want to be called is ‘no fun’ or ‘boring’. Yet, when people choose not to drink, including pregnant women, that is often lobbed at them. It’s deeply unhelpful. While I strongly believe that we shouldn’t judge drinkers (I think it’s Big Alcohol that should be in the dock, personally), the same non-judgemental graciousness should be extended to non-drinkers. A pro-choice attitude (‘drink, don’t drink, it’s up to you’) would be ideal.

Also, there’s the issue of pregnant women receiving conflicting messages. In autumn last year, there was a glut of newspaper headlines that appeared to contradict the new NHS guidelines as hysterical.

Even a responsible newspaper such as The Guardian ran with the headline ‘Little evidence that light drinking in pregnancy is harmful, say experts‘. But when you read the article closely, it turns out that the new study, from the University of Bristol, simply concluded that very little research had been done into light drinking and pregnancy. ‘Our extensive review shows that this specific question is not being researched thoroughly enough, if at all,’ they wrote in the British Medical Journal. They were flagging an ‘absence of evidence’ not an ‘evidence of absence’, they go on to say. The difference is important.

If anything, this was a call for more research, not a dismissal of the possibility that light drinking can harm a baby. It was entirely misrepresented by the press. If a pregnant woman had simply scanned the headline and the first few paragraphs, they would have concluded that ‘the odd glass of wine’ is actually harmless to the baby. A responsible headline would have been ‘Experts don’t know if light drinking harms unborn babies.’ That would have summed up what the study was actually saying. But maybe it would have garnered less clicks.

On the other side of the fence, rather than judging pregnant women for drinking, as per many of the keyboard warriors who commented on the Mail Online piece, let’s seek to inform them as to the increased risks to their baby, which are very real and not ‘nanny state’ nonsense. Let’s support them when they choose not to drink at all, rather than trying to get them to have ‘one’, which as we know, is actually pretty damn difficult to do, given alcohol is so moreish. It’s a rare drinker that can genuinely have ‘one.’

After pregnancy, there are mixed messages too. As the due date approaches, the soon-to-be mother starts getting assailed with pictures of martinis saying ‘not long now!’ or messages about wetting the baby’s head with champagne emojis. Which, if she’s planning to breast-feed, is very confusing indeed. Is she meant to drink, or not drink once the baby is born? The NHS advises breastfeeding mothers to have no more than one or two units once / twice a week. But the standard post-birth gift is a bottle of champagne.

A recent study by Cancer Research UK found that only one in 10 people knows that alcohol is a carcinogen. Isn’t it about time mandatory health messaging went on alcohol labels, rather than allowing the alcohol industry itself to decide what to include? The cop-out of ‘drink responsibly’ neatly shuffles the blame from the alcohol onto the drinker.

Projections by experts say that alcohol is shaping up to kill on average 35 people a day over the next five years, so isn’t it about time we did something about the messages our kids are getting? Not to judge themfor choosing to drink, but to inform them of the facts, and support them if they choose not to drink. Congratulate them even, for making such a positive health choice.

It’s alcohol we should be judging, and the rampant glamorisation of it, not those who become products of the drink-pushing society we live in. Let’s focus on treating the source, rather than judging the symptom.

Written by Catherine Gray, author of Sunday Times Bestseller The Unexpected Joy of Being Sober.