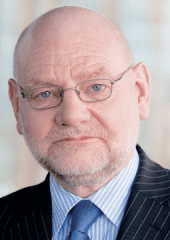 Since 1974 I have worked with the consequences of alcohol dependence for individuals and society as a practitioner, manager, and shaper of policy. As my career draws to a close I’ve been asked to reflect on the key issues characterising the sector then and now.

Although there have been significant improvements in alcohol treatment both in the NHS and third sector; more professionalism, higher skill levels, a coherent evidence base, and better leadership, my overwhelming sense is not of progress but of persistent failure to really get to grips with the critical few strategic issues which inhibit society’s ability to improve the life chances of service users and the resultant levels of harm flowing from dependence.

The most important barrier to progress is that alcohol misuse is not a priority for government or the leadership of the NHS. Throughout its history the NHS has been brilliant at delivering a restricted range of interventions, but alongside this there is persistent resistance to deal with less visible issues, prevention and mental health being the most obvious, to which can be added substance misuse. Political and media pressure on the NHS tends to reinforce its own cultural predisposition to focus on sickness rather than health, and the visible and deserving rather than the marginalised and problematic. NHS leaders as well as politicians know that they will be judged by A&E waiting times, and cancer survival rates rather than services to unpopular stigmatised sections of the population who are seen as authors of their own misfortune.

Flowing directly from this lack of priority alcohol treatment has never been adequately resourced. Public Health England points out that currently only one person in five who needs alcohol treatment can access services because of constrained funding. However this is not yet another consequence of austerity. Surprisingly between 2003 and 2013 when the overall spend on the NHS doubled, investment in alcohol treatment was static at just over £200m a year, much the same as it is today. Even when the NHS was awash with additional resources the cultural predisposition against alcohol treatment ensured none of it flowed in that direction.

I entered the world of alcohol services via a career as a probation officer. As a naïve 23-year-old one of the facts I learned quickly really shocked me. I was amazed to discover that in Stoke-on-Trent in 1974 you were not allowed to have a problem with your drinking and your mental health at the same time. I was even more surprised to learn later that this was not a local aberration but the national norm. I then assumed this was an historical problem which would be righted as new generations of more enlightened practitioners became responsible for services. The last thing I expected was that this blight on the sector should be as significant a problem in 2018 across the country as it was in the Potteries in the 1970s.

However the failure to respond cohesively to multiple needs is not restricted to dual diagnosis. Although a significant proportion of people who misuse alcohol are able to maintain social stability, employment, and family ties, many others struggle with the misuse of illegal drugs, welfare dependency, insecure housing, social isolation, offending and compromised physical health. My experience as a practitioner in the mid-1970s taught me that failure to address any one of these problems could jeopardise significant progress on all the others. Only action to address the whole range of an individual’s life experience and behaviour is likely to produce sustainable change. Unfortunately the systems which exist to address all these overlapping needs are increasingly being driven back into their silos as resource constraints bite severely weakening the impact any one of them can make in isolation.

The fact that anyone, even the richest and most successful, CAN develop alcohol dependence tends to obscure the reality that, alongside most other health issues in British society, the people who DO most often succumb are those who experience the greatest challenges concentrated at the bottom of society. By highlighting the famous few rather than the vulnerable many we construct a narrative about alcohol dependence which frames it as flowing from excess and individual psychology. This enables us to gloss over the structural inequalities in the distribution of wealth and power which are the ultimate drivers of ill-health. Smoking, obesity, and drug dependence are increasingly being recognised by government as caused as much by poverty and social exclusion as they are by individual choice. We need to recognise that, particularly for those sleeping in doorways and warehoused in prison, this is also true for alcohol.

At the heart of the lack of priority accorded to this issue is a lack of care. Alcohol misuse is still culturally seen as a personal failing or an issue concentrated amongst marginal groups whose needs can be ignored. In this respect 1974 and 2018 are not at all far apart.

Written by Paul Hayes, formerly chief executive of Collective Voice (as of August 2018).