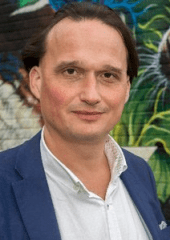 Last July I wrote to the Home Secretary Sajid Javid to ask him to introduce a minimum unit price for alcohol. As conference season approaches, I hope all political parties see sense and take steps to ensure that this policy, introduced in Scotland last May, appears explicitly in their manifestos for the next General Election whenever that may be.

As Leicester City Council’s political lead on public health I am committed to supporting people’s recovery from drug or alcohol misuse. For instance (along with Public Health England and the Police and Crime Commissioner for Leicester, Leicestershire and Rutland, Lord Willy Bach) the city council has recently invested £600,000 in a new recovery centre. Users of the centre are able to access a range of treatment options, healthcare, support and information on employment, education and training to help them get back on their feet, but of course it would be much better if people didn’t need to access these services, for their own health and well-being and for society at large.

At a time of reducing budgets in local government and near-intolerable pressure across the public sector, including the NHS, the importance of using legislation to promote healthy living has never been so pronounced. Leicester City Council alone spends more than £6 million a year on direct support for people with alcohol or substance misuse problems, and across Leicester there were more than 1,200 hospital admissions due to liver disease from 2015-16. A recent review by Public Health England concluded that reducing the affordability of alcohol is the most effective way to reduce the harms to health created by alcohol misuse, including premature death.

Public Health England has estimated that over 20 years, a 50p minimum unit price per unit of alcohol could reduce healthcare costs by £1.3 billion.

Targeting those consuming harmful amounts of alcohol is key, as currently about four per cent of the population are drinking just under a third of all the alcohol consumed in the country. A minimum unit price of 50p per unit would reduce alcohol consumption among some of the most vulnerable, without having a significant impact on moderate drinkers.

So, as I await my response from Mr. Javid, I hope that others consider raising the profile of this simple intervention to help address one of today’s greatest public health challenges.