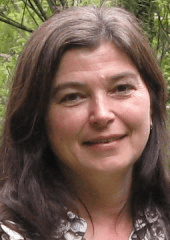 There is increasing recognition that alcohol industry actors can influence policy-making that affects their commercial interests, and that they use a range of strategies and tactics common to other corporations that sell harmful products. They have developed skills in colonising the science arena, marketing both alcohol and ideas about alcohol to the public, and infiltrating governance, with lobbying and even direct participation. The public are routinely exposed to systematic misrepresentation of the facts about alcohol and discrediting of individuals acting for the public good. Like any form of systematic abuse of power, the first step in addressing it is exposure. Accordingly, we feel it is important to document cases and hope that others will feel emboldened to do the same.

This motivated our publication in Drug and Alcohol Review last week (27 August 2018), ‘The alcohol industry, the government and the alleged defamation of public health advocates: A New Zealand case study’. This story is not just about the alcohol industry ‘doing its job’, it is as much about the government not doing its job – even when explicitly and publicly asked to do so.

Our short commentary outlines a secondary story that came to light when a hacker known as ‘Rawshark’ stole email, Facebook and Twitter messages from the computer of a popular NZ political blogger who was well-known for crude and vicious personal attacks, usually on those with centrist or left-wing views. The main revelations concerned an alleged dirty tricks campaign run out of the Prime Minister’s office in the run-up to a general election, which used the blog site to target the government’s political opponents. Nicky Hager, the investigative journalist to whom the messages had been turned over, published his findings in a short book ‘Dirty Politics’. In addition to the main story, he alleged the same blogger was paid by the CEO of the Food and Grocery Council (FGC) to host stories smearing public health advocates.

The FGC is the national lobby group for the grocery trade, which is dominated by two large supermarket companies for whom alcohol is the top-selling commodity. The CEO involved in this story, the PR consultant writing the denigrating material and the blogger all had strong links to the National (Conservative) government, and the CEO was concurrently on the board of the government’s Health Promotion Agency despite her obvious conflict of interest.

The government of the time comes out of this looking, at best, weak and conflicted. They failed to uphold their own standards even in the face of public scrutiny. However, there is still an opportunity for some of the players to be held to account.

In a response to Martin McKee in the British Medical Journal in 2014, when parts of this story were first discussed, the CEO wrote ‘New Zealand is a country where freedom of speech is strongly defended, so Sellman and other advocates are perfectly free to speak on any topic. But equally, other New Zealanders have the right to express a contrary view if they see fit. The debating of ideas is surely an important part of any democracy.’

The ‘right to express a contrary view’ that she refers to will now be tested in a defamation case against her.